Welcome back to the Black Home Owners of Truxton Circle, where I pick the name of a Black home owner from the 1920 census who lived in Truxton Circle, a NW neighborhood in Washington DC, and research them. 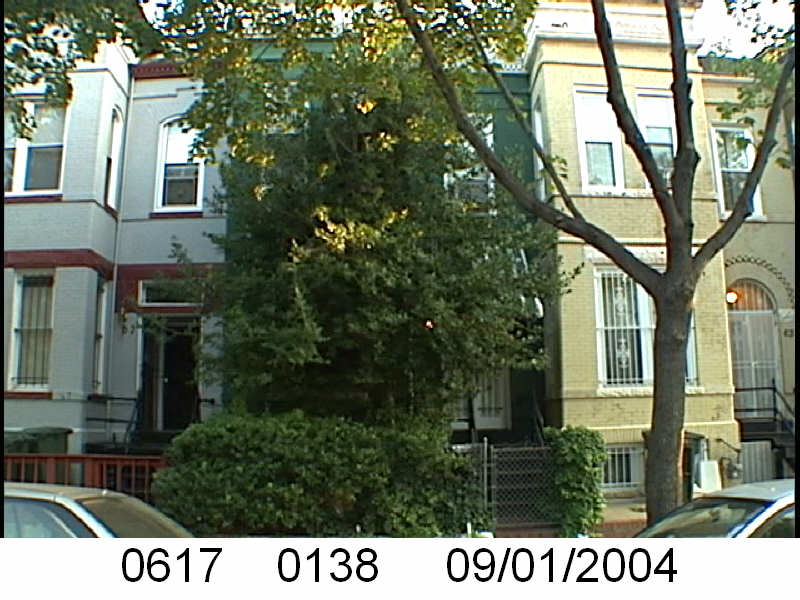 The Thomas don’t lend themselves to easy tracing in the Census and the land records don’t really help either. Buck doesn’t show up at all in the land records. The on-line land records starts around 1921, and the first thing for 65 N St NW is a 1928 trust between Lizzie Thomas and a trustee for $299.00 at 6% interest. This debit is paid off in 1936 and that is the last document with Lizzie’s name on it. The next document after that is a quit claim deed from 1944. In the deed it is claimed that his sister Birdie Anthony is the heir of Edgar Thomas (a son of Buck and Lizzie) according to his 1939 will. So she and her husband Percy Anthony transfer the property to Ruth Lucille Trent. This is followed by another deed in 1957 when the executor of Birdie Inez Anthony, Lottie Anthony Fambro, transfers the property to Ruth Lucille Trent.

Edgar Thomas was easier to locate in Ancestry. Through him I learned Lizzie was Lizzie and not short for Elizabeth. What I learned was Buck Thomas is too common of a name in Georgia.

The Thomas’ lived in the Atlanta Georgia area and are found in the 1900 census with their five children, Birdie, Willie, Ruth, Edgar and George. At that time they had been married for 21 years.  It’s hard to make out Buck’s occupation but it looks like cashier in a dead letter office. In the 1910 census they are living at 65 N Street NW with 4 of their children (Willie is not there), with Buck working as a messenger for some government department. By the time the 1920 census rolls around the Thomas’ are both 60 years old, living with only one son, George.

Edgar wound up living back at 65 N Street NW. On his WWI draft card, circa 1917/1918, he was living at 217A V St NW in Washington, married with child and working as a messenger for the State Department, which could have been the undecipherable government department where his father Buck was working. But by the Second World War, his draft card showed him back on N St, living with his sister Birdie Anthony, still working for the State Department. In between, in the 1920 and 1930 census he was living with his wife, Bessie C. and step-son, Arthur Brooks, at 1126 Girard St NW in a home he owned.

I couldn’t really locate Birdie Thomas Anthony, instead I searched her husband, Percy Paul Anthony. Percy was also from Georgia and in 1910 he was living with Birdie, and their 2 year old daughter Dorothy Inez, working as a tailor in Atlanta in a house he owned. In 1920 the Anthony’s moved up to DC and were renting from the Thomas’ at 65 N St with their 10 year old daughter, Lottie. In 1930, the Anthony family is living with the widow Lizzie and her adult son George (who is also working for the State Department), his wife and daughter Lottie I. For some reason Birdie is listed as Bertha. In 1940, Lizzie Thomas was 74 years old and still the head of the household. George was still single but didn’t appear to be employed. Edgar Thomas was working as a messenger for the government, as was Percy. However the Anthonys were downgraded from relatives to just lodgers in the 1940 census. I’ve seen this in other BHOoTC series posts, I don’t know why that was.

Yes, a lot of different people in this post. You may have needed a score card to keep track of them all. Thanks for sticking with me.