In 1920 city Post Office clerk Chas A. Booker lived at 202 N St NW with his wife Mary C. and their young daughter Gladys. Chas is another way of saying Charles.

The Bookers lived in Bloomingdale prior to Truxton Circle in 1910. They lived at 1942 3rd St NW. They appeared to be the primary renters and had the Morton family (four adults and two children) were lodgers at that address. 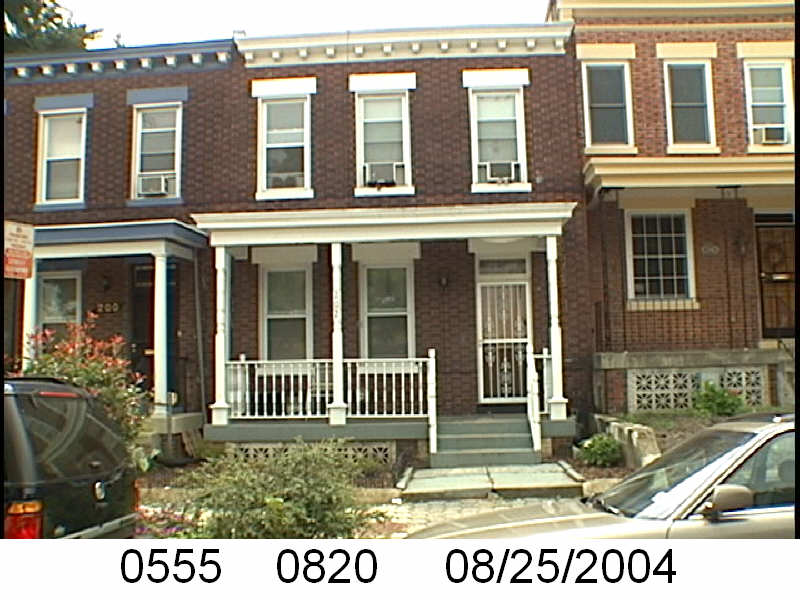 It appears Charles Booker lived at 202 N St NW for a long time. He was at the address in 1913 and 1954 city directories. For the 1941 World War II draft card he was on N St living as a 63 year old retired government employee.

The earliest record from the Recorder of Deeds online records starting in 1921, is a trust from August 1937. In 1937 the Bookers borrowed one thousand dollars via the Washington Loan and Trust Company. The next set of documents are two deeds on November 19, 1940, moving the property from and to Charles Booker as Mary C. Booker died September 2, 1939. These kinds of deed pairs are confusing to me, but it appears the purpose of this was to remove Mary’s name from the property. In 1947 the 1937 debt was paid and the document for that release has daughter Gladys B. Walker as a co-owner. The end of the Booker family’s ownership came in June 1964 when the executor of Charles A. Booker’s will, James E. Walker, Gladys’ husband, sold the property to George Basiliko. G.B. Basiliko turned around and transferred the property to Ms. Kay Monte who turned around and transferred the property back to Basiliko the next month. Basiliko held on to the property until 1974.