The timeline on this one will be short, because the subject, Malinda Powell, a 66 year old Afro-American woman who lived at 71 N St NW during the 1920 census, died in 1925. But let’s explore what we can.

Normally, I pick the name of a Black home owner from the 1920 census who lived in Truxton Circle, and try to track their life in this DC neighborhood.  In the case of the Powells, I’ll be doing more of a mini-genealogy. 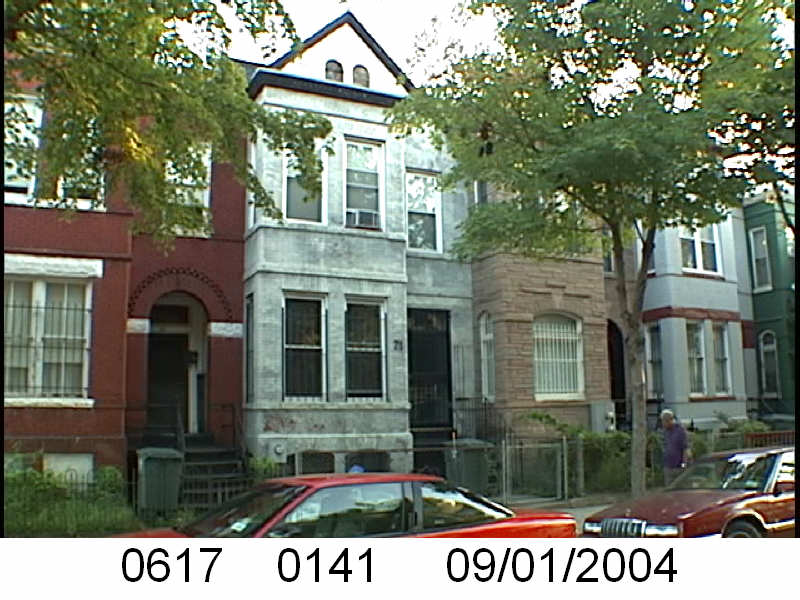 Malinda Orange was born in 1855 in Petersburg, VA to Patrick Orange and Mary Cooley. She married David Powell May 10, 1881 in Alexandria, VA. She was listed as a widow but after searching Ancestry, I found an Alexandria county divorce. It appears David Powell sought the June 24, 1918 divorce and claimed ‘desertion’. I’m figuring that Mr. Powell was the one who left his wife, as Malinda Powell was at 71 N St in 1910, prior to the divorce. They were married 37 years and had 5 children.

In 1900 the Powell family rented a home at 223 3rd St NE. David J. Powell was a hotel porter. He lived in that house with Malinda and their 5 children, Mary B., Gladys H., James C., Samuel M., and Lillian B, along with his mother in law Mary Orange.

In 1910 the Powell family was living at 71 N St NW, as renters and without David J. as the head. James C. Powell was no longer living at home and understandably neither was Malinda’s mother. When we get to the 1920 census, James returned to living with his mother and his siblings had married. Mary became Mrs. Rhambeau, Gladys became Mrs. Jacob L. Reid and Samuel was married to Daisy, who was not living on N St. Their sister Lillian was not living at 71 N St either. Lillian B. Branch eventually lived in Tom’s River, NJ.

I want to note that Malinda is described as a widow in the 1920 census.  And to remind the reader, David her husband divorced her in 1918, two years before. Divorce, 100 years ago, was seen as a very shameful affair. It would have been reasonable, given her age (64 in 1920) to proclaim herself a widow.

There aren’t a lot of land records. The available online land records start around 1921 and the earliest for this address is a release from August 28, 1944.  Normally the releases are documents acknowledging the payment of a debt, but in this case it appears to be a transfer, between James C. Powell’s siblings and his widow Lucille B. Powell.

The next record is a January 27, 1959 deed. This is a genealogical info dump so forgive me. And it is proof that you should just name one person to inherit your property, not a slew of family members. So Samuel Powell, his wife Daisy W. Powell, Miss Clara Reid Willis (their niece I guess), Miriam Reid Felder (another niece?), and her husband Allie C. Felder Jr., who all were heirs of Malinda and James C. Powell, Gladys Powell Reid, Mary Powell Rhambeau and Lillian Powell Branch, sold the property to Arline M. Neal and Ruth Malone.