In this post we look at a Black man named Alexander S. White. He lived at 212 N St NW with his wife named Minnie B. and a roomer named Caddie Love, also a clerk (Mari raises a judgemental eyebrow). 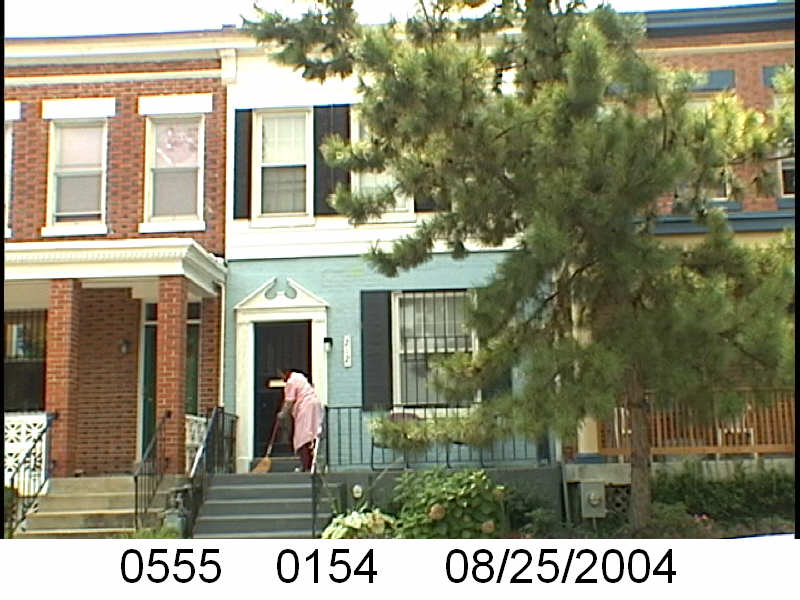 Looking at the online land records (1921-2021-ish), the earliest set of documents are a set of deeds on February 1, 1923. In one part, Alexander and Minnie transfer the property to Benjamin Gaskins, who then turns around and transfers the property to Minnie and daughter Ida N.D. White. The property had a $2,400 debt at that time. Minnie borrowed $650 in 1924 and $500 in 1926 from trustees. In the 1924 trust, Minnie is described as the surviving tenant, and the 1926 trust describes her as unmarried.

In 1926, Ida and Minnie paid off a January 1921 debt taken out by Alexander and Minnie and the 1924 debt. Minnie takes on more debts with trustees. In 1934, she incurs a debt with the Washington Loan and Trust Company for $3000.

It appears Minnie lost possession of the property with a November 1937 trust, where she borrowed $225 from Ida and Isadore Schwartzman. There is a May 1938 trustees deed where the Schwartzmans transfer/sell the property to Warren T. Cathern. The Schwartzmans published a legal notice in the May 4, 1938 Washington Herald Newspaper. The property was in $3511 of debt. According to the trustees deed, Minnie was in default and failed to pay her debt.

Turning back to Ancestry, there is something interesting. From experience, there are many couples who happen to have the same name. I came across divorce records for an Alexander L. White from a Minnie B. White. The November 16, 1925 divorce decree is from Virginia and the persons are listed as white. The Whites were listed as Black in the 1910 & 1920 census. The chances are possible, IF the Whites were light enough to “pass” for white, or this was just a clerical error. The divorce is a little after Alexander’s name is removed from the property. The coincidences are too much to ignore. I initially listed Alexander’s middle initial as “S” as it is indexed for with the WWI draft card. I looked at the card again, and it is written in a way (cursive) that it could be a S or an L. I went back to the property records and he was listed as Alexander L. White.

The Whites marriage fell apart in 1921 (I wonder if Ms. Love had anything to do with it?). They got a divorce in Fairfax, VA, in 1925, claiming residency there. Alexander is listed as living in Rockville and he is the plaintiff in the matter. I can’t really make out the reason, but it looks like ‘desertion’. From the land records, Minnie B. White got the house and that transfer happened in 1923. It doesn’t look like desertion as it appears to be an agreed separation and dissolution.

Alexander moved on with his life. In September 1926 he married Nellie E. Davis. By the 1930 census Alexander and Nellie were living on Braddock Road in Fairfax county. He had taken up farming, but was still working as a clerk for the US Forest Service. Nellie, was also a clerk for the Department of Agriculture. The 66 year old retired Forest Service employee, Alexander Lindsey White, died April 2, 1947. Henry S. Washington and Sons at 467 N St NW in Washington, DC handled the funeral arrangements.

It’s very hard to say what became of Minnie White. Looking in the city directory it appears she left N St the year of her divorce. In the 1924 city directory she was living on N St, by 1925 she was elsewhere and replaced by a Jas. H. Johnson. There were about 4 Minnie Whites in DC, and no Ida N. Whites. There is a Minnie I suspect is the same Minnie B. White who was a laundress or cleaner of clothes, who in 1930 lived on N St near 8th St NW. But I’m not sure this is the same woman. And so ends the history on the Whites.