The Third Church of God appears to continue on as the Third Street Church of God. In the 1957 survey their address is listed as 1204 3rd Street NW. Looking at their history listed on their website they wrote: END_OF_DOCUMENT_TOKEN_TO_BE_REPLACED

Some Church Survey posts are chock full of information, and some got nada. And that is New Hope Baptist Church.

I looked up the address on Google and according to Streetview, the True Gospel Baptist Church is at that spot now. And just for my own records the SSL now is 0303-0052.  This page barely has any useful information, except the name of the then pastor Rev. Truman Dixon who lived on the premises at 1104 W Street NW. 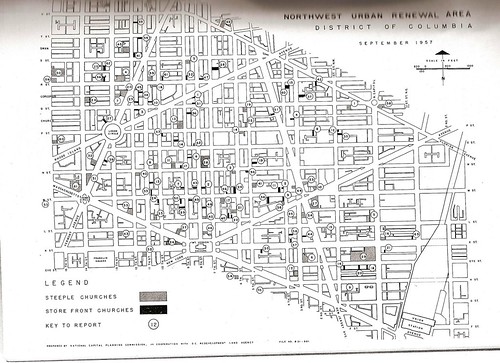