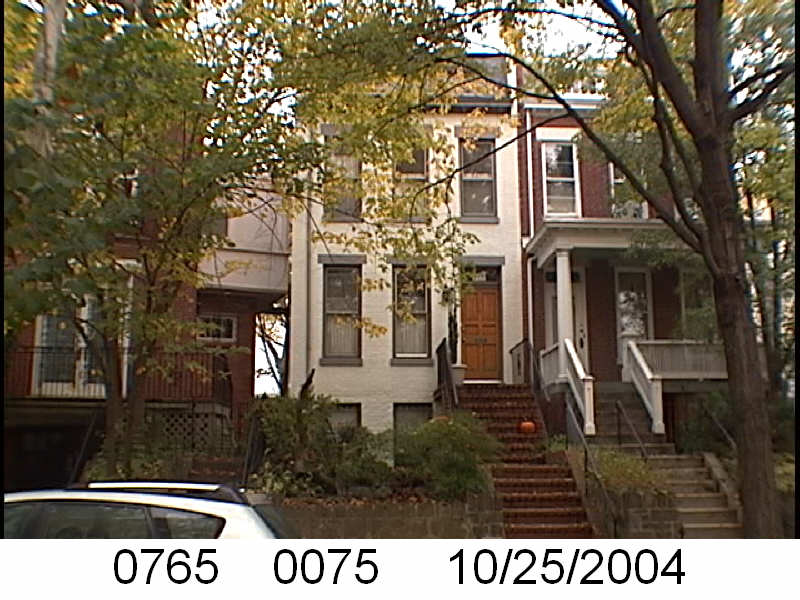 Normally this blog looks at African American home owners in the Black Homeowners of Truxton Circle series. As a way to see if what was going on for Black mortgagees was normal, or not, I am comparing them with white home owners.  I am looking at blocks that were over 90% white in 1950 but also in the same “red lined” zone, which was F1.

Earlier we looked at Bessie and Matthew Woods who owned 517 Third St SE up until 1943. There was a period when Clarence Garber owned 517 3rd St SE Bessie, after the death of Matthew from 1939-1943.

The co-ownership seemed a little unusual and I tried to find a connection between between Laura Bessie Mae Moffatt-Davis-Woods-O’Donnell (thrice married) and Clarence Anthony Garber or his wife Buelah Mae Armentrout Garber. The connections were scant. Bessie was from Loudon County VA, the Garbers from Stauton, VA. They do not appear to be related. Nor were they neighbors during the 1920 nor the 1930 census.

Clarence A. Garber came to own the house in 1939. Let’s recap what happened from the Woods’ post:

Upon the removal of Bessie’s name from the property and Clarence and Beulah Garber being the sole owners, they got a loan. The day they both became owners, October 28, 1943, they borrowed $3500 from the Washington Loan and Trust Company. Their ownership ended when they sold the property to Levi Thomas Wellons Jr and his wife Frances on May 6, 1949.

The Garbers show up in the 1940 census. In 1940 Clarence was a 31 year old carpenter living with his wife Beulah, a stay at home mom to their 2 sons, Robert and Fred. They also had two lodgers, Catherine Uhrig and Bessie M Woods, not yet O’Donnell. Bessie was part owner of the house in 1940. The house is large enough to be 2 units with an English basement below.

The Garbers had family in the neighborhood. Clarence’s father, Anthony Garber (also a carpenter) lived over at 122 5th St SE. During the 1930 census, the newlyweds Clarence and Beulah lived there with newborn Robert, along with sisters Ruth & Pauline.

This is a reposting of an old post from 2007. For some odd reason I was thinking about when historic districting goes south and remembered this case.

Long story short, artist Laura Elkins and John Robbins were getting on the Historic Preservation Office’s (HPO) and DCRA’s bad side and it resulted in a search warrant of their home, where they were living. The incident got some press. It attracted my attention. And it worked its way through the courts. Leagle has a pretty good summary of the case.

Thanks Ray for pointing out an article in the Washington Times [dead link] (as I hardly ever read that paper) of a couple who won a lawsuit against the DC government for a raid on their home, unlawful seizure of papers from said home, regarding perceived Historic Preservation violations.
A little Google search regarding the saga reveals differing opinions on if the couple actually did the HPRB dance correctly, which is not the matter that makes me fearful, it was the police raid of their home that concerns my little libertarian heart. The portion of the 4th amendment the violation in this is “no warrants shall issue, but upon probable cause, supported by Oath or affirmation, and particularly describing the place to be searched, and the persons or things to be seized.”
According to the lawsuit [pdf] a March 26, 2003 warrant was issued to search the home of Ms. Elkins and Mr. Robbins, but the warrant didn’t say anything about seizing papers or the like. The next day DC’s finest and DCRA “officials went throughout the home (including the
bedrooms of sick children home from school), opening drawers, observing, and taking photos.”
Seriously, this is just supposed to be about exterior crap, not worthy of a f*ing raid. One of the few things I agree with the pro-Historic District people on is that HDs are about the outside aesthetics of house, and what can be observed from the street, etc, etc. However, this, is something else. Investigate the case for yourself, decide if DC went too far a violated a family’s privacy and order.
On the bright side, Ms. Elkins, an artist, has turned her experience into art.

I don’t feel like writing a big intro. I had this piece of paper in my pile. It isn’t Shaw history. It isn’t Truxton Circle history. It’s a letter and a table list from January 1920 from the estate of George N. Beale.

The Third Church of God appears to continue on as the Third Street Church of God. In the 1957 survey their address is listed as 1204 3rd Street NW. Looking at their history listed on their website they wrote: END_OF_DOCUMENT_TOKEN_TO_BE_REPLACED I got excited when I discovered this map from 1938. It is a hand drawn map of Southwest DC, much of which really doesn’t exist anymore. What it shows are negro and white commerical and residential areas as well as black occupied alley dwellings.
Demographic info is so cool.
I find it facinating because it further chips away at the ideas I had about Southern segregation. I always imagined it as very distinct, blacks on one side of town, whites on another and you won’t find one in the other’s neighborhood. My own (on again/ off again) study of Truxton Circle and this map shows a little mixture. The brown represents Afro-American street facing residences, black for black alley dwellings, and the yellow for white street facing residents. There are a few all yellow blocks, but there are plenty of yellow and black blocks, and yellow/ black/ brown blocks. The blue os commerical space.

I wanted to quickly mention it before it went stale in my head. Georgetown Metropolitan has some stats on Georgetown crime. I found it interesting because everyso often people compare Shaw (or where ever they are in DC) to Georgetown, making it out to be some crime-free wonderland. It ain’t. If you want low crime get your butt to Palisades. Which I forget where exactly that is, and I bet some of you never heard of it.
The most interesting thing is Georgetown has more theft from autos and more burglaries per 1,000 residents than Dupont and Columbia Heights. What Georgetown is low in, are those crimes where one encounters the criminal. On 5/25/09, at approximately 2:30 a.m., members of the First District responded to a call for an assault in the area of the 600 block of K Street, N.W. According to the victim, he walked in the area confront the prostitutes in his neighborhood. As he was admonishing them, one of the women, who the victim described as a male-to-female Transgender individual, grabbed him between his legs and made sexual advances towards him. The suspect fled the scene prior to the officer’s arrival, however her identity is known. The victim was not injured.

I had thought the development round there had removed some of the gals from the area, I guessed wrong. But then again I’m not over there at 2AM. The lesson here is keep a safe distance from the working girls, they fight back.