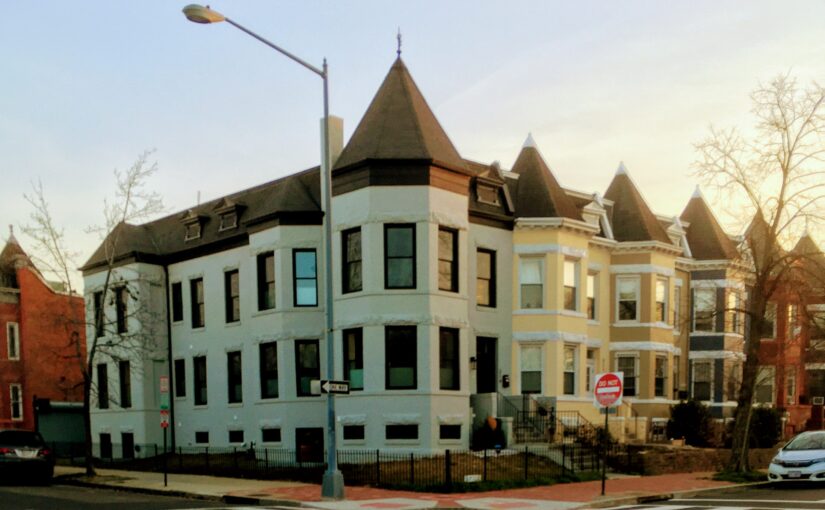 At the corner of 4th and R is 319 R St NW and it is a large landmark of a house. I noticed the “For Sale” sign was gone. So it looks like it did not sell. Which is sad because I had hoped someone could redeem the mess that had happened. But maybe $1.6 million was too much to ask in addition to redemption.

So for those of you just joining us and unfamiliar with the saga that was 319 R St NW, here’s a very quick story. When I arrived to Shaw 20 years ago, 319 was mission house for a Virginia Korean church where they fed homeless people and let them hang out. But after many years and the neighborhood got gentrified they sold the house to a developer. That developer wanted to throw on a 3rd story and lop off the corner turret. After some push back, they agreed to throw a dunce hat of a turret on. The house, and almost all the other houses on the block, was an actual Harry Wardman house. The developers’ desire to go the ugly route triggered a nuclear option of making the whole block a historic landmark. Which totally sucked for everyone else on the block. The developers sold the mess they made and someone else finished the renovations and dug out the basement. Then the house went on the market. And it sat on the market. Now it’s off the market.