Interesting thing. All through the censuses 1880 to 1910, his address remains 1528 3rd Street NW, where he lived with his wife Grace (nee Taylor) Johnson. During certain years, they lived with their daughters Lena and Lulu, and nephew Horace Williams. By 1910 Johnson was in his 60s so he probably died before the 1920 census.

His daughter Lulu married a man named Washington Fitch and they lived at 1528 at least to 1935. She was a seamstress. Her husband was listed as a fireman in the 1930 census.

I found proof of Dennis Johnson’s ownership in the 1905-1906 General Assessment. He owned  lot 13 on Square 521, which is the SSL number for 1528 3rd St NW. Looking at the Recorder of Deeds records, the earliest (they start in 1921) shows the widow Grace Johnson and her daughter Lula Johnson Fitch borrowing $500 in 1935 from the Washington Loan and Trust Company, later Riggs Bank. Lula/Lulu continues to use the property as collateral in the 1950s. I’m not sure what happened, because I don’t see evidence of her selling the property. There is some exchange in 1961, but Ms. Fitch is not a party.

Update: She probably wasn’t a party because she was very likely dead. I found this on the Court Listener site:

It was Gladys Dial who sold the property in 1961. 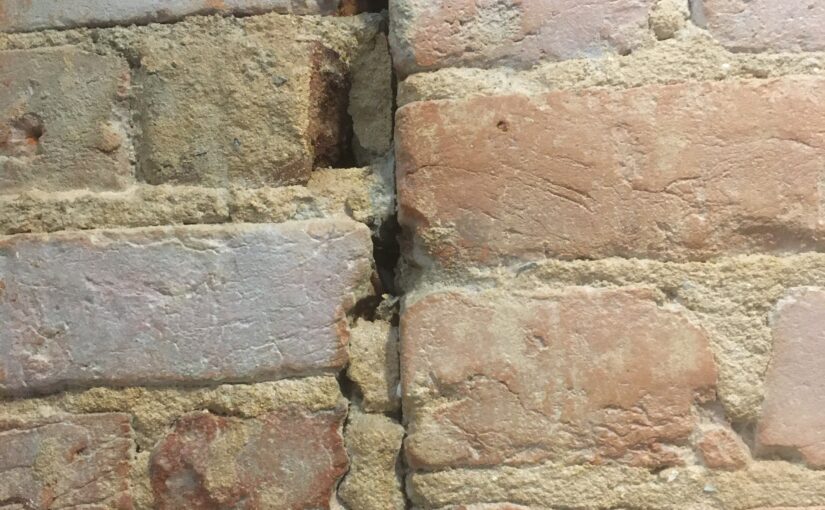 I am grateful to all of you who have read my Carter G. Woodson posts, but now it’s a new month and I need to post something new. When I look at the analytics for this blog the most popular posts are about the Spacepak system I had in the house and my UPS woes. So I’m going to write on a non- Truxton topic, that is slightly Truxton related, exposed brick walls.

Back in our old house, the one we sold, we had painted brick walls. You could see and feel the texture of the wall. But it was safe. Because it was wearing latex protection, in the form of several coats of paint. I loved painted brick walls so much I did the same thing for my rental in Baltimore.

On the odd occasion we have been somewhere, for longer than a week or two where the brick walls have been exposed. After a while I noticed bits of wall that come off. This may have something to do will how well sealed a wall is. If the wall isn’t sealed or poorly so expect to get bits of mortar in things. You will constantly need to sweep off mortar/ brick dust from the stairs and anything else that abuts the wall.

Sometimes a brick wall has too much character in the form of holes and cracks. Yeah. Paint that mess. Shove a bunch of latex caulk in the crack and paint over it again and again. Or just pay a mason to fix it. Holes can have the odd loose rock or chunk of mortar that decides to pop out at unfortunate times.