This was a confusing one.

The problem with Sq. 509E is that sometimes, someone forgets to add the E for East of Square 509. So that was one problem. The other problem was that the Richardsons seemed to have a problem of holding the title of their home. There also seemed to be some family troubles or lack of stability, which made this research difficult.

Chester Richardson was born October 24, 1894 in Richland, South Carolina to Wilson and Matilda Richardson. At some point before 1917 he married Ellen/Ella while living in South Carolina. Sometime after the 1920 census the couple moved to Washington, DC. After this, things get confusing so I am going to tell in in a timeline:

1940- Chester lived with his wife Viola and two lodgers Leonie DuBois and Moses Suggs. Chester owned his own barber shop and Viola worked as a charwoman at the Supreme Court.

1943- With a builder and designer, Chester got a permit to erect a 2-story cinder block addition to the rear.

1950-Chester and Viola live separately and are recorded as separated in the census. Chester lived at 1612 with two lodgers and was working as a painter. Viola lived at 42 Randolph Place working as a domestic for a private family. She lived with her niece Victoria Weston.

1952- Chester and his wife Viola E. Richardson borrow $4000 from the Washington Loan and Trust Company. When this loan is repaid in 1969, it’s Riggs Bank.

1954- Chester Richardson died in March and was buried in Arlington.

1956- Sam Brown and his wife Cornelia L., Margaret Weston Brown, and William and Cecilia Shiver sell/transfer the property (or their interest in the property) to Viola E. Richardson.

1973- Viola Richardson died and was buried at Arlington.

1975- The devisees of Viola E. Richardson’s will (Lillian Weston and Carroll Williams) sell 1612. 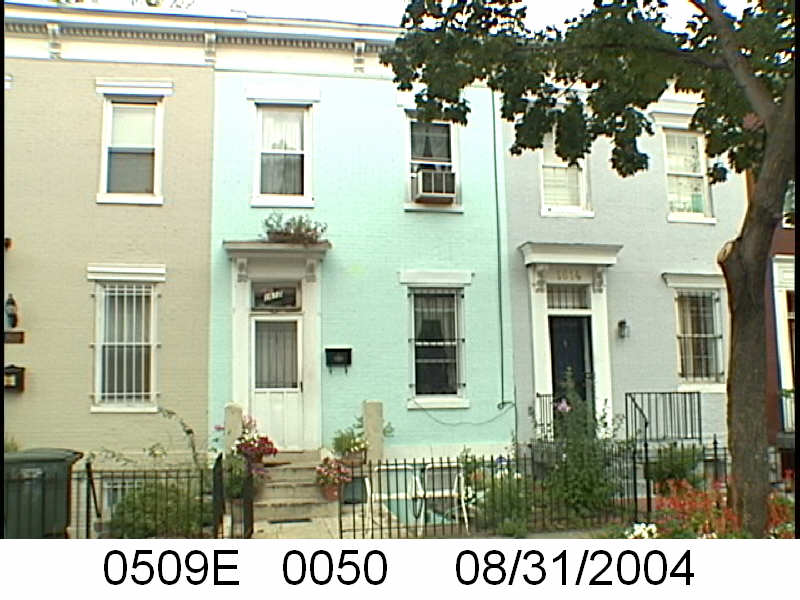