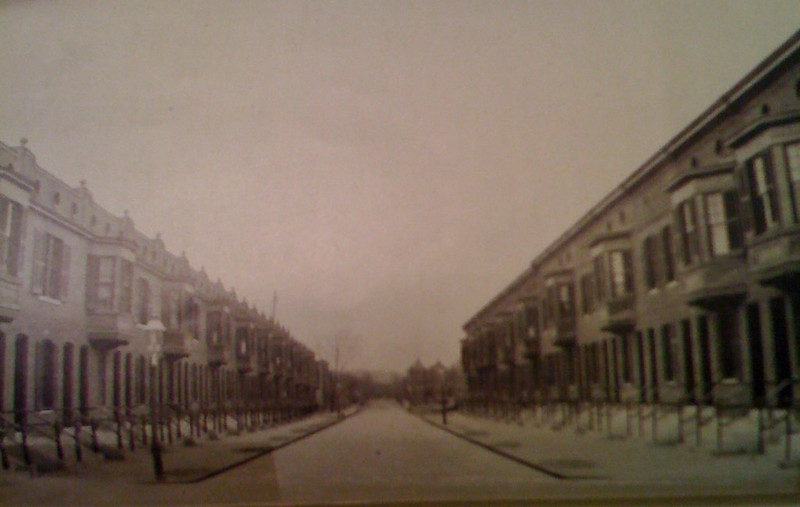 This is a continuation of parts 1, 2& 3. I search the Library of Congress’ Chronicling America site for newspaper articles about the Washington Sanitary Improvement Company (WSIC) and Truxton Circle. I lost the data I had for auctions and decided to stop including them because they were too much work.

Improved Alley Dwellings- Project of Sanitary Company Placed Before Commissioners– Evening star. [volume], June 07, 1898. “Ex-District Commissioner George Truesdell and Mr. George L. Andrews of the board of directors of Washington Sanitary Improvement Company had a conference with the District Commissioners yesterday for the purpose of enlisting the support of the Commissioners In the work of the company, and particularly to ask them to direct the improvement, at the rst [sic] opportunity, of Bates street between 1st and North Capitol and P and Q streets. The object of the company is to supply to wage-earners improved, wholesome houses at reasonable rents, not in any special locality, however, although until the principal inhabited alleys in the city shall have been converted into minor streets, a measure which the
company advocates in the interest of public health and morals, the dwellings erected by the company will be located upon established streets and avenues.
Two blocks of two-story brick apartment houses have been erected by the company on Bates street, there being sixteen buildings and thirty-two apartments In the two blocks, one of which is already occupied and the other block will be completed and occupied some time this month.
Four of the completed, houses contain apartments of four rooms each, with three large closets, and four have apartments of three rooms each; with two large closets, each apartment being provided with the best sanitary fixtures and with hot and cold water, together with a good range and 30-gallon boiler. These apartments were occupied as soon as completed last fall and the demand for them is now far In excess of the supply.
All this was told the Commissioners by Messrs. Truesdell and Andrews, who stated that the company, which is composed of people here of prominence in charitable matters, has no money-making purpose in view, but merely to supply houses of convenience and of the best sanitary arrangements to wage earners and thereby not only improve the health, but also the morals of the city, in that way setting an example which may be followed by owners of alley houses. Bates street in front of the buildings is in need of improvement, and the Commissioners were asked to put it at the head of the new streets to be improved.
The Commissioners expressed great gratification with the report made to them, remarking that in view, of the public character of the work of the company it is deserving of support. They stated that they will be very glad to have the improvements made at the first opportunity.”

Building Operations- Evening star. [volume], March 08, 1902, Page 15. “A large addition Is to be made to the number of houses that have been erected by the Washington Sanitary Improvement
Company. The new structures will be thirty-four in number, and will be located on Bates, L, and Warner streets northwest. The type of house will be similar to those built by the company, and will consist of two stories, each containing a suite of rooms with separate entrances.
The work of building Is to be done under the direction or Mr. F. B. Pyle.”

Bates Street Not to be Open at Present– The Washington times. [volume], March 16, 1903, Page 12. WSIC had to wait on Bates Street on Sq. 552 because alley dwellings needed to be condemned.

Bloomingdale– The Washington times. [volume], July 01, 1906, Woman’s Magazine Section, Page 6. “A building permit has been issued to the the Washington Sanitary Improvement Company for the erection of three two-story brick buildings at 201-205 P street northwest, at an estimated cost of $11,500.
It has also secured a permit to build three houses of the same class at 200-204 Bates street northwest, just around the corner from the others. The plans have been furnished by Architect Appleton Clark and represent a class of houses which have become very popular in that neighborhood. They will all have the most modern conveniences and will be built in a substantial manner. Thomas Melton has secured the contract for building them and will have them ready for occupancy during the late summer.”