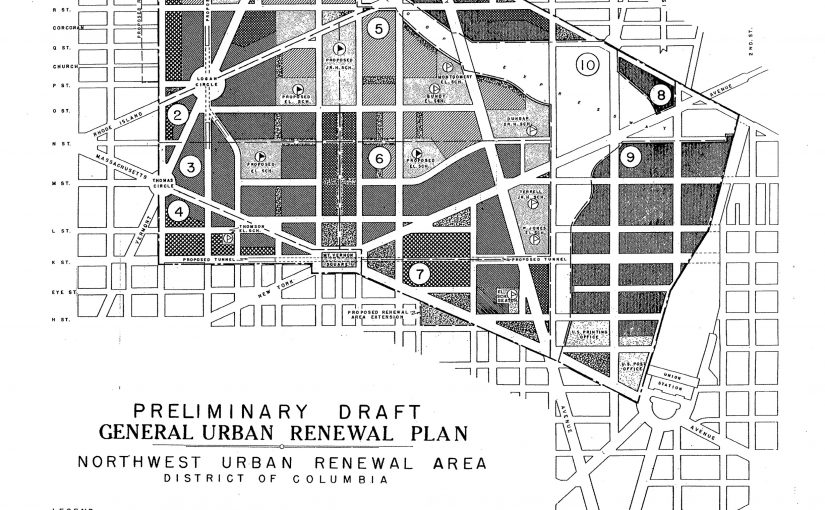 I’ve been holding off on publishing this one because I figured I would do more research. But I never seemed to get around to doing that. The reason is because Bible Way, near the mouth of I-395, did a great thing. The fed and local government’s “plan” was to run that interstate up through what was my 4th St house and over on to Florida Avenue. Bible Way played a part in stopping it. I figured they deserved more research on the matter.

CS-34-Bible Way of Our Lord by Mm Inshaw

In 1957, Bible Way Church at 1130 New Jersey Ave NW was headed by Rev. Smallwood E. Williams.  The Washington Post wrote of Rev. Williams,  “In 1963, he used his political connections to save his church from being torn down. Interstate 395 was scheduled to go through his building. With the help of Democrat Hubert H. Humphrey, then a senator from Minnesota, Williams got the plans redrawn so that the highway would skirt the site.”

Bible Way’s own website tells me they began in Shaw in a storefront at 1409 9th St NW. Looking at the 1957 survey, it was a large church with 2,000 members, a Sunday attendance over 3,000, and several paid staff members. It was also an African American church as the body reported that 99% of members were Black. Looking at the occupational distribution, I’m going to guess this was a blue collar church, as in line with Pentecostal type churches. Most of the membership, 69%, lived outside of the boundaries (see below) of the Northwest Urban Renewal Area (part of which became Shaw) in other parts of DC.