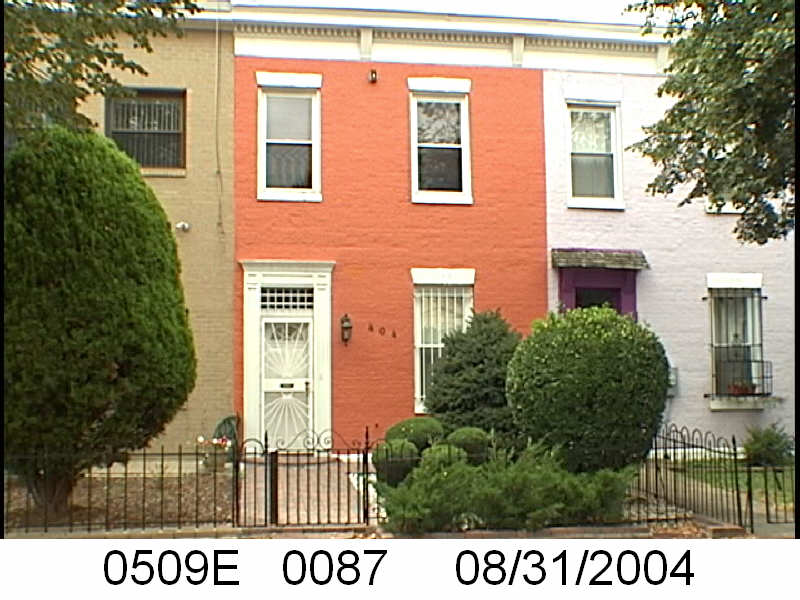 Then there is a document from 1950 and I’m not sure what it is. It is labeled an ‘Agreement’ and an ‘Extension Agreement’ on the form. It appears that four promissory notes, totaling $1,650, a debt from Ethyl M. Rutty to Earl D. Thompson was extended by Maggie Taylor Strother. I looked and it appears to be a debt from 1926. This was settled in February 1954. And now I can’t tell if Taylor took on 2 debts or one to purchase the property.

Maggie Taylor Strother borrowed $1,290 in October 1952 from trustees David I. and Marge Abse. The next year she cleared her 1926 debt. In December 1953 she borrowed $2,800 from the Perpetual Building Association. February 1954 she settled the Abse debt.

Then there is another, concerning document, a ‘notice’ between Strother and the DC Department of Public Welfare from 1957. The document has her shaky signature. In 1958 there is a trustees deed, which means it went into foreclosure for the Perpetual Building Assoc. debt. Maybe the DC government’s involvement was an effort to save her from being removed from her home?

Unfortunately, Maggie Taylor was a common name and there were too many Maggie Taylors around to figure out which one was she. But I did find one little nugget. Maggie Taylor married William Strother in January 26, 1943. She was 58, he was 57. He died January 16, 1947 at his home, 404 R St NW.

Also she doesn’t show up in the 1930 census. Despite owning 404 R St NW since 1926, she didn’t seem to live there. In 1930 Dorothy Waters rented the house as the head, along with two lodgers from North Carolina. In the 1938 city directory and the 1940 census a Charles Long is listed as the occupant of 404 R NW. In the 1938 city directory, there are scores of Margret Taylors, one Maggie. That Maggie worked as a maid living at 1226 Congress Alley.

Afternote: I tried finding more information about Maggie Strother and searched by address. Didn’t find much. I did find that a Charles Hayden, 21 yrs and Claudette Williams, both of 404 R, filed for a marriage license in Fall of 1947.