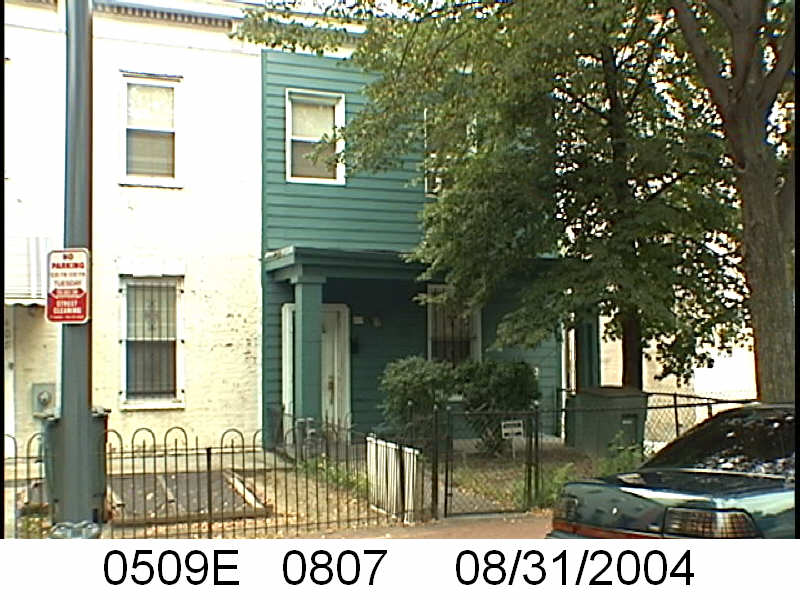 James Richard Broaddus was born November 28, 1884 in Monticello, Georgia to Marry V. Broaddus. During the draft for the first World War, he worked as a brick mason in Atlanta, Georgia. By the 1920 census he relocated to Washington, DC working as a clerk for the government. He lived as a lodger with Miner & Sallie Williams at 2248 13th St.

I don’t know when James married Mamie Traverse, daughter of Rev. Matthew W. Traverse and Mary E. Hall, step-daughter of Nettie. But they married and apparently had no children.

James Broaddus does not show up in the 1930 census. In the 1934 city directory he is listed as Broadus (one d) living at 410 R St NW and working as a messenger at the Veterans Administration. When he filled out his draft card for World War II, at the age of 57, he listed Grady Carter as the person who would know where he’d live (next of kin). In the 1940 census he was listed as married but lived alone.

It was the 1950 census where he and Mamie are recorded as living together. The year 1950 is also the year when Mamie died. Not too long after that, James Broaddus died July 27, 1951. His surviving sister Irene B. Kenner of Cleveland, OH sold the property in 1957 to Edward Schweitzer.