So it appears Mr. Robinson was married at the house he would eventually own but settled at another Truxton Circle home at 1629 3rd St NW. 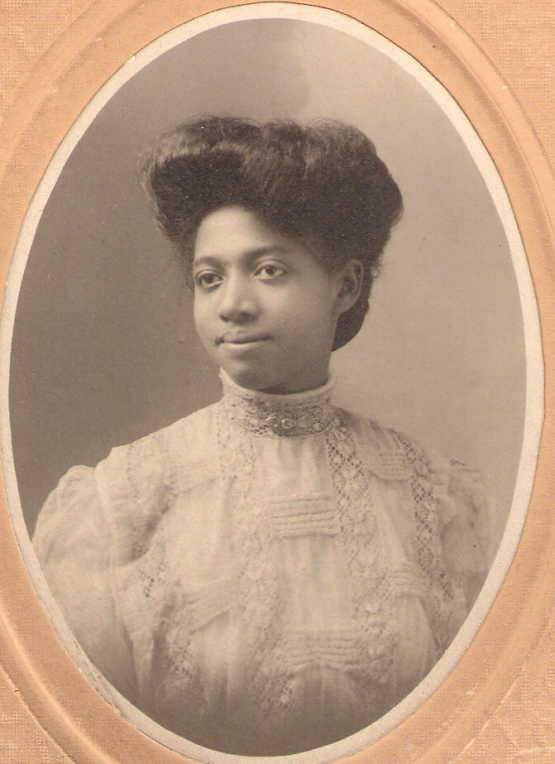 Kudos to JKROBIN3571 or the gentleman who uploaded all the Robinson family information to Ancestry, it is a treasure trove. Annie Bernice Brooks or Mrs. John Robinson, died in 1973 at the age of 87 and JKROBIN3571 uploaded her funeral program. From the program we learned that she was baptized at Third Baptist Church over on 5th Street and it was there where John was a deacon and Annie B. Robinson, served as a deaconess.  She taught Sunday School and was involved in various committees and groups at her church. She belonged to the Columbia Temple #422 and the Past Daughter Ruler Council, both Elks affiliates.

The Robinsons were married for 27 years and had three children. In the 1930 census John Robinson is a porter for a hospital supply business. For all the census where they are man and wife, it appears Mrs. Robinson was a stay at home mom, but her obituary did mentioned she did work at some point in her life. In 1930 they lived with their three minor children, Mrs. Robinson’s father, John H. Brooks, a nephew Linwood Brooks, and aunts Sophia B. Brooks and Isabelle (Belle) A. Pryor.

I’ll just point out that according to the wedding announcement, 1417 New Jersey Ave NW used to be Isabelle A. Pryor’s home.  In 1900 and 1910 she lived there with her husband Joseph R. Pryor and an unmarried Annie, her niece, who was listed as a lodger in 1910.

This family’s records are very rich but let us turn to the land records. The earliest land record is from 1928 where John ans Annie appear to borrow $20,000 from lenders Melvin F. Bergman and George M. Emmerich. That same year they are released from two other debts (1915 and 1927) held by trustees. In 1931 they are released from the 1928 debt to Bergman and Emmerich. In 1952 Annie borrowed $3,600 through the Perpetual Building Association and the documents reflected the passing of John W. Robinson. In 1959 Annie B. sold the house to George and Sophia Basiliko who appeared to be acting as go betweens to sell the house to John M. and Eftehia Swagart. It does not appear that she purchased another property. Her last known address, according to her death certificate, was 4647 H St SE.