Looking at the 1920 Census our next African American Truxton Circle home owner is James W. Aiken. Aiken was a 25 year old waiter from North Carolina living at 1429 3rd St NW. He lived there with his wife Isabelle, daughter Mignon (like the filet), and son James W. Aiken Jr. 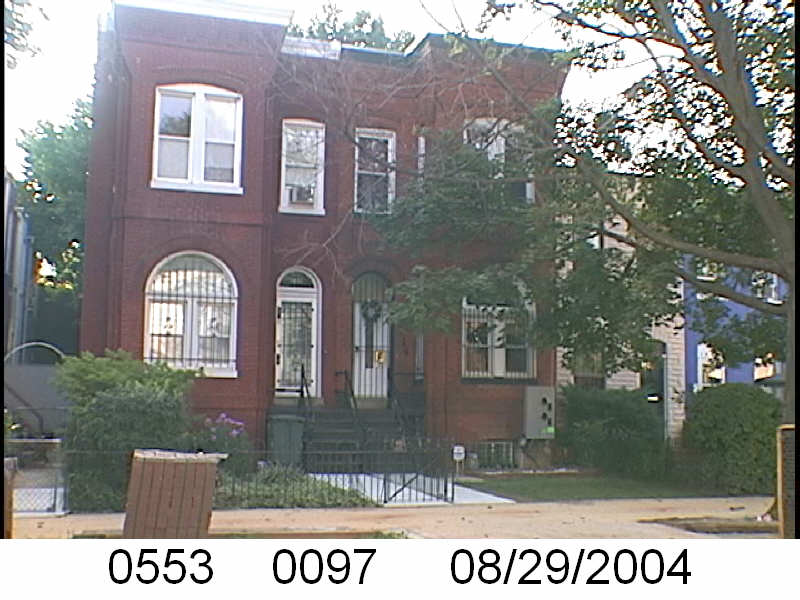 The land records are confusing, as usual. The first record is from October 1925 and it is a trust, which means money was being borrowed, between J. Wills Aiken et ux and Baltz & Owens Trustees. It appears the Aikens borrowed $2,400.00. Then in November 1925, are two deeds between the Aikens and Wilber C. Wiley. The deeds are right after each other, Aikens transfer to Wiley then Wiley transfers it back to the Aikens, on the same day. I’m not sure what that was about.

Then there is another document, a release, which means whatever loan has been paid off or fulfilled,  also from 1925 where J. Wills Aikens pays off the debt of James R. Clarke and his wife Mary M. Clarke. Those names sounded familiar and they were Black TC home owners from an earlier post. James Clark/e was a waiter too. I’m not sure what that’s about either.

The Aikens borrow and pay off several loans from 1926 to 1946. But in 1949, Isabelle Aiken took out a loan for $4,500 with the Perpetual Building Association, alone. But that same day J. Wills and Isabelle transfer the property to Anna Pararas, who then transfers it back to Isabelle Aiken. In 1970, Isabelle pays off a loan, alone.

The genealogical record shows the Aikens lived at 1429 3rd Street NW for a good long while. But that’s not the most interesting thing. James Willis Aiken, or Wells J. Aiken, or J. Wills Aiken was born in Brevard, Transylvania, North Carolina April 17, 1891 to Mary Pardon Aiken and James P. Aiken. He had 1 or 2 half siblings and 13-16 full siblings one of whom was Loretta “Jackie Moms Mabley” Aiken , if the family tree is to be believed. If you are unfamiliar with Moms Mabley, you obviously didn’t watch the last season of the Marvelous Mrs. Maisel. Anyway here she is:

I wonder if she stopped by to see her brother when she was performing at the Howard Theater? Maybe not. My half sister didn’t even bother to say hi to me when she came up from Florida for Obama’s first inauguration.

Anyway, back to boring old James Aiken. Waiter. As I wrote, they were there for a while. A World War II draft card has James at 1429 3rd St NW as an unemployed waiter. In the 1930 Census James is, Wells J Aiken, hotel waiter and Isabelle a federal government employee.  In 1940 they were on 3rd St, living with their 24 year old son. James was back to being James W. Aiken and a waiter, and Isabelle a clerk at the Government Printing Office. James died in September of 1971. Isabelle died in December of 1974. Their children sold the house in the mid-1970s after their mother’s death.