In the 1920 Census Barbra Smith was pretty old. She was born in Maryland around 1840, which made her 80 years old. Looking at past census records, she’d been at 1430 3rd St NW for a long while, as in been there since the 1880 census long while.

So lets go back to the 1880 census. In 1880 Henry Smith, an illiterate Black laborer, lived at 1430 3rd St NW with his also illiterate wife Barbra, a laundress, their literate children William and Frances, and baby Victoria. They also lived with his mother Deliah Bond, and adult step-relatives. He died in the Summer of 1915, leaving Barbra, William and Victoria as survivors.

I could not find a lot about the Smiths in the record. It doesn’t help that ‘Smith’, is a really popular name. They are not in the 1900 census to my knowledge. 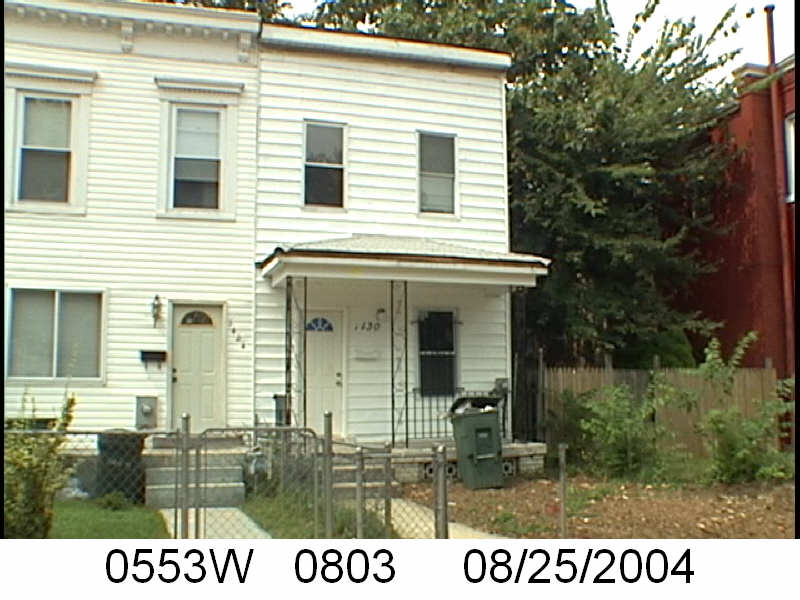 We see more of the story through their daughter Victoria V. Smith Neal. In the 1910 and 1920 census she was married and living at home at 1430 3rd St NW. She had married Charles J.(or F) Neal in 1902. I’m unsure which Charles Neal married her because a 30 year old Charles F. Neal married a Victoria V. Smith on November 5, 1902. Both are listed as white. Could there have been another Victoria V. (nee Smith) Neal… Anyhow, in 1930, she listed herself as a widow.

The earliest land record is from 1934. It is a deed transferring the property from Barbra to Victoria. A month after that Victoria took out a loan for $1,000 with the Washington Loan and Trust Company. There is a trust in July 1946 between parties not associated with the Smith family. Then a month later Victoria pays off the debt to Washington Loan and Trust. And that’s pretty much the last we see of her in the records.