Another item from the “pile”, this is another post 1968 riot for a Shaw business. Carl R. Webb owned Personality Studio and Gift Shop at 1618 7th Street NW, Washington, DC, in Shaw. Currently that same location is for some medical supply store.
The store experienced extensive glass damage and theft. It appears the owner Mr. Webb, an African American man, decided to remain after the riot but was planning on changing his shop into a Ben Franklin store, a kind of five and dime.

Pulling another document from the “pile”.

This is a post 1968 riot survey filed by Shaw Foo Chin, owner of Bill’s Laundry and Dry Cleaning at 1718 14th Street NW. I have no clue who Bill is. Currently there is a Peregrine Espresso coffee shop there.

Mr. Chin seemed to be okay. Rioters smashed his sign and stole his customers’ dry cleaning. Mr. Chin reported that he conducted his own repairs. 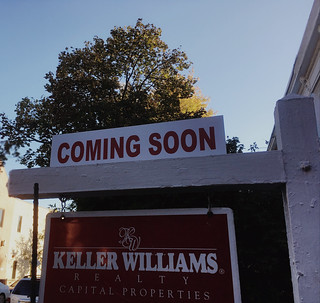 I’m just throwing this out there because I’m trying to clean up my files. This is for Quality Dress Shop at 1600 7th St NW. It was a white owned business, so it won’t go into the Black businesses of Shaw category. I can’t tell if the owners name is Hyman Peplo or Nyman Perlo.

This is a post 1968 riot survey. Apparently the riot put the dress shop out of business. Fifteen employees (11 white/ 4 black) lost their jobs. I can’t read the whole statement, but it seems the owner decided the area was too dangerous.

As reported in the Washington Blade three gay men were horribly beaten on the 1400 block of P Street NW on Halloween. Police would like to find the person seen in the footage below. This person has not a been described as a suspect, and even if they were, “innocent until proven guilty” and all that jazz.

No one else is going to say it, so I’m going to say it. With so many attacks on white gay men by black persons (mostly men), it seems the city is saying it’s open season on white (and passing as white) gay men. When you read about a hate crime happening in DC there is some fantasy that it’s being carried out by Bloomingdale nazis or white guys in MAGA hats, because whoever is reporting it won’t dare mention the race of the perpetrators who kicked and beat the victims.

It is open season on white guy men because you and I know even if the suspects were charged with the crime, the number of hate crime convictions is measly compared to arrests…. if those arrests actually are made. And the reason for that is the standard in a court of law is higher than the standard needed for arrests…. the few arrests that actually get made.

So to my white gay neighbors, of which there are several, be safe out there. You are in charge of your safety.

The 1957 Church Survey of Northwest Urban Renewal Churches typically provides a lot of information. Sometimes it tells what the class and racial makeup of the church was in that period of time. And sometimes it is just bare bone location and public record info. Instead of having 3 separate posts for churches with bare bone info, I’m throwing them into one post.

This church was at 1009 8th St NW, which no longer exists. A convention center sits on it now. Prior to the spiritualists getting to it, it was the Syrian Catholic Church.

Very confusing name. Easily confused with the Seventh Day Adventists. People’s Seventh Day Baptist was located at 2105 10th St NW. Supposedly there are supposed to be some condos there. But looking at a 2018 Google Street view of the place, there is an empty church and an empty lot.

CS 50 Peoples Seventh Day B… by Mm Inshaw on Scribd

Anyway, the church in 1957 was black and the two current Berean Baptists are also black churches. A majority of the parishioners were professionals (34%), followed by white collar workers (26%), and then the next highest group were retirees (18%).  So I’m going to say this was a black middle class church.