Grr. It’s another one of those complicated family properties.

Okay, let’s do this. If you’re new to my blog, I look at the census, I find the names of African Americans who owned property in the neighborhood now known as Truxton Circle, and I write about it. Sometimes I find semi-notable people, notable adjacent people, but most times everyday people, like you.

I was able to link property ownership of 402 R St NW to Virginia Wilson by looking at the Recorder of Deeds’ records and the 1950 census. So in the 1950 census Virginia Wilson, a single Black 32 year old nurse was listed as the head of the household. She lived with her sisters Willie Beatrice “Willie B./ Williebee” Wilson, Rosa Frye, brother Percell Wilson, 1 year old nephew Michael Wooten and a roomer, William Bell.

Virginia Wilson came to own the property as one of several relatives of Dorethea/ Dorothea/ Dorothy Wilson, who owned it alone prior to 1946. This then had me looking at Dorothy Wilson who appeared at 402 R St NW in the 1940 census, as a renter. I will write a separate blog looking at her. As I wrote earlier, this is one of those complicated family properties.

Dorothea Wilson made it complicated when she transferred the property via Belle Wilson (her mother) on July 30, 1946 to the following relatives: herself, Virginia Wilson, Rosa E. Frey(Frye), Clinton Wilson, Leroy Wilson, Raymond Wilson, and Willie B. Wilson.

I noticed Percell Ray Wilson wasn’t listed. He died February 20, 1953, and was probably excluded from the 1946 deed because of his lack of employment. Looking at his entry on the 1950 census and his World War II draft card, he was not employed either of those times. 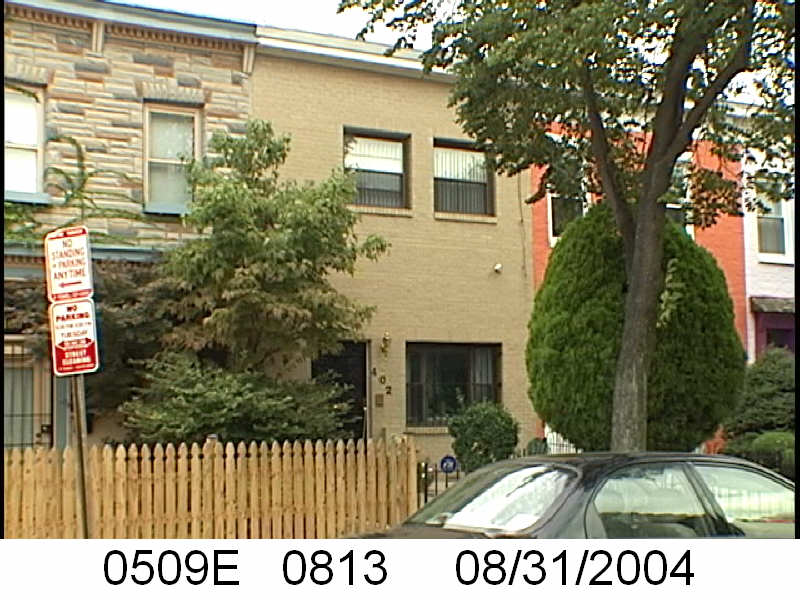 Percell’s obit provides the information needed to show that Clinton, Raymond, Virginia, Willie B., and Doretha Wilson and Rosie Frye. So everyone on the 1946 deed are siblings. Why dear Lord, why? The obituary also mentioned he was the brother of Mrs. Mary Boswell and Nellie Blount and the uncle of Elizabeth Wooten and Herbert Blount. That’s somewhat important later.

Another, but minor, complication is where the property sits. It sat on lots 67 and 68 and 813.  The same year Percell died, Doretha Wilson transferred lots 67 and 68 to the sibling group, which included Virginia, in August 1953.

Siblings Rosa Frye and Willie Beatrice Wilson took out a loan on the property in August of 1955. It was for 1683.36 at 6% interest from the Bank of Silver Spring.

And then nothing until 1975 when Michael Wooton becomes the new and sole owner of 402 R St NW. Remember little Michael the nephew from the 1950 census?

I’ve tried looking for more biographical information about Virginia, but I’ve gone down many rabbit holes and came up with nothing. So I will end it here.