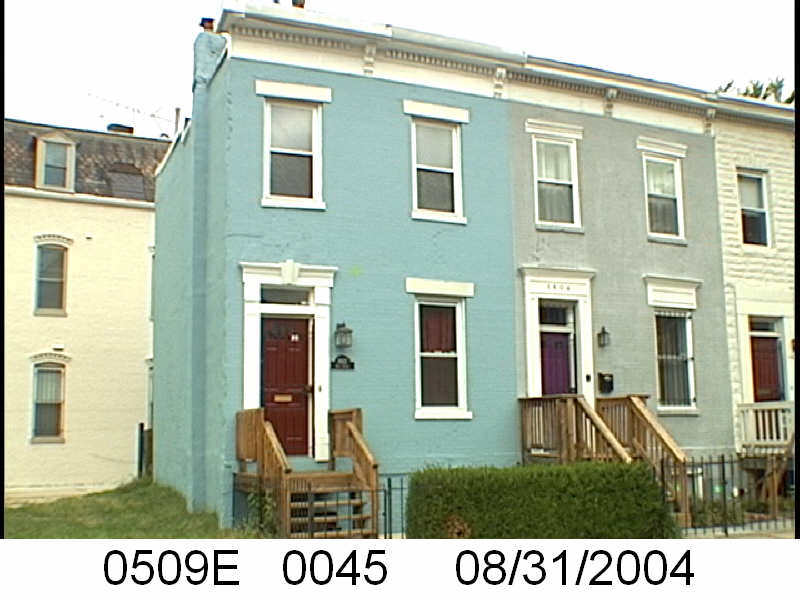 The Evans purchased the property May 4, 1944 from Nick and Helen Basiliko, the brother and sister-in-law of George Basiliko. The Basilikos show up frequently in the real property records. As a part of the purchase they were able to borrow $1,950 at 6% interest from trustees Herman Miller and J. Vernon Thomas. Six years later, they sold it on July 20, 1950 to Louis and Rena L. Rosenthal.

They were there in such short time it is hard to locate good information about who the Evans were. In the 1950 census, Bennie worked as a janitor for the railroad. Edna appears to have been a stay at home mom to their children Bessie Mae (16 years old) and Arvin (10 y.o.).

They had 2 roomers. Here I will note 1602 4th St NW has a basement unit with it’s own exterior entrance. I should also note their names are William and Lucille Robinson. There is a strong possibility that these may have been relatives. There is a record of Bennie Evans marrying Etta Robinson in Kershaw, SC in February 1934.