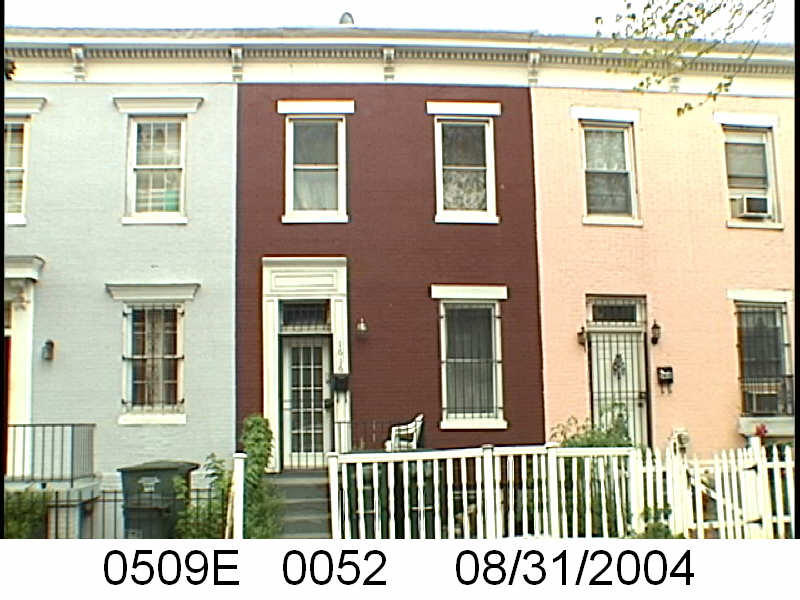 I’m not sure where to go with this because I cannot find any helpful information about Mrs. Lula M. Lee. It did not help there was a very active Mrs. Lula Lee running around Alexandria, VA and other Mrs. Lula Lees in DC. I know these are the wrong Mrs. Lees because the correct Mrs. Lee was married to Alexander Lee. The other Lees were married to Robert and Tommy. Plus, she owned both 1616 and 1614 4th Streets NW and seemed to have occupied both.

Typically, the owner appears in several other censuses, but not in her case. She seems to have only existed in the 1950 census. She was the head of 1616 4th St and lived with her cousins Agnes Jones, her spouse, Leroy Jones, their children, Butch William and Estella Jones, as well as adult cousins Jennie, Davis and Iza Montgomery. It was a very full house. I don’t blame her for buying a second home next door.

Mrs. Lee bought 1616 4th St NW from the Dardens, who I already wrote about in 1942. She had one loan for the property, solely in her name, with the purchase of the home, for $1,600 with trustees Dickson and Franklin. It was settled in 1952.

In 1944 she purchased the house next door, 1614 4th St NW from the Teck Construction Company. Teck also provided her with a loan to purchase the property for $1,300 and $2,400 at 6% interest. It appears she refinanced with the Oriental Building Association in 1954. She fulfilled her OBA loan in 1964. She had some financing deal with Washington Gas for a new boiler in 1971.