We’re getting close to the end of the African American home owners in the TC from the 1920 census. This is one of the handful of posts I have left.

This post’s subject is Joseph Edward Parker and his wife Irene H. Parker. It appears that they purchased this property in September 1910, so they were the owners of this 2 unit property in 1920. The Parkers lived in unit A, with his 14 year old daughter Helen. Unit B, had renters, Mr. & Mrs. Taylor and their boarder, Matthew Brown. 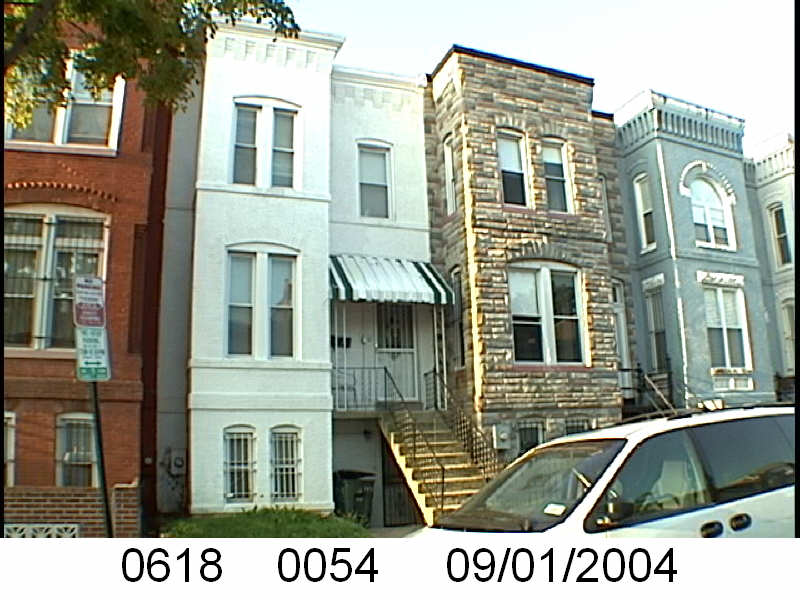 Joseph E. Parker was born March 17, 1874 in Virginia. He was a widower when he married Irene F. Haymon in 1914. His first wife Nannie, Helen’s mother, is difficult to locate.  At some point Helen married and her name became Helen Parker Winston. Irene died February 17, 1929. Joseph died September 9, 1945. It appears Irene and Joseph were members of the Mt. Airy Baptist Church.

Since I couldn’t find a lot of reliable information about the Parkers and their lives, I will look at all the borrowing and repayment they did in the land records.

Joseph and Irene borrowed $3,500 March 11, 1924 from the Perpetual Building Association to pay for “existing encumbrances.” This allowed them to pay trustees Theo Judd and Joseph Sullivan for a 1919 debt and a 1910 with trustees Joseph Weller and Burr Edwards within the next month or two. It looks like they refinanced their Perpetual Building Association debt with $3,300 June 1928 as the 1924 debt was noted paid in July. It looks like it was refinanced again with Perpetual in October 1928 at $3,500, and the earlier June debt was released.

As noted above Irene died in 1929. So it was just Joseph alone, just as he was alone in the 1930 census. Her death was noted in a October 1932 trust, where he borrowed $300 at 6% interest from trustees Sol Rothbard and Charles Kaplan. July 1934, he borrows again, $3,531.14 from the Home Owners’ Loan Association and Irene’s death is noted. The next month he paid off the October 1928 Perpetual Building Assoc. debt. In October he paid off the 1932 debt with Rothbard and Kaplan.

He transferred the property to his daughter Helen P. Winston on June 17, 1936. It isn’t until 1940 when she uses the property to borrow money. June 1940, Helen, who was living in Brooklyn, NY borrowed $3000 from the Metropolitan Building Association. Mrs. Winston paid off her father’s 1934 Home Owner’s Loan Association debt. Then in October 1945, a month after Joseph’s death, she sold the house to Harry Wachter, an unmarried man.