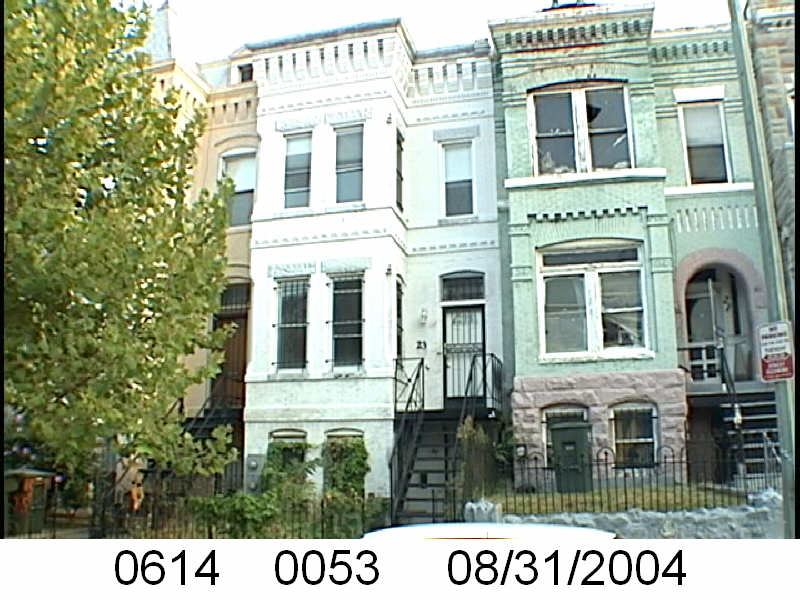 Harry and Bessie Kennedy lived at 23 Q St NW in 1920. Harry was a mulatto manager who lived with Bessie, listed as his wife, and a family of roomers. I don’t know if the Weir family, a widow with her 2 adult sons and 1 adult daughter were related. Sometimes lodgers and roomers are in-laws, cousins, or other relatives.

By the 1930 census, Harry is no longer around. Bessie, curiously enough is downgraded to a single (not divorced or widowed) seamstress and renter at 23 Q St NW in one of two units. I know she wasn’t a renter.

Harry was elsewhere. I’ll touch on that later.

From the Recorder of Deeds this is what we know. The first record is a December 1921 trust (borrowing money) of Harry P.L. and Bessie Kennedy from individuals for $750.00 at 8% interest. They pay this off in 1923. The next year they do one of those weird deed things where they transfer the property from Harry and Bessie to Roy Early who immediately transfers it to Bessie Kennedy. It doesn’t seem to matter because in May 1925 Harry Lafayette Kennedy of 1568 Jay St in Detroit, MI has an “agreement of mortgage” with Benjamin Steinback of Detroit, MI borrowing $531.42 to be paid back in two payments. This was the clue I needed to figure out what happened with Harry.

In the 1930 census Harry had moved to Detroit. By that census he was 50 years old, claiming he was born in Cuba, with Cuban parents. He and his new wife Trinidadian Edith (Edythe L Warwick) lived at 2971 Clinton in Detroit with their two small children Bertram and Joan, along with some lodgers. I cannot locate the family in the 1940 census. I can say he died in November 1953, in Detroit.

But back to Bessie or Bettie.

Bessie alone borrowed $2,300 on 11/18/1927. This document points back to the transfer that happened in 1922 with Roy Early. How legal was the trust or agreement of mortgage that Harry did? Tis a mystery. Moving on. She paid this off in 1928.

She died September 1, 1952. Her heirs, Susie E. Hall, John Terrell, Orddie Terrell (and wife Alice Terrell), Sarah Dearing, and Mary Hudnell sold the property in August 1953 to Sol Breiterman. The document does not explain how they are related, if at all, to Ms. Kennedy.

Since Orddie is such an unusual name I started with him. On his WWII draft card he listed Susie Hall as the person who would know where he lived. Unfortunately, their names lead no where and so I’d leave it here.