Currently, this property (the red house on the right) has been carved into two condos. But in 1920 it was home to African American couple William and Emma Despert, and Emma’s son Herbert. 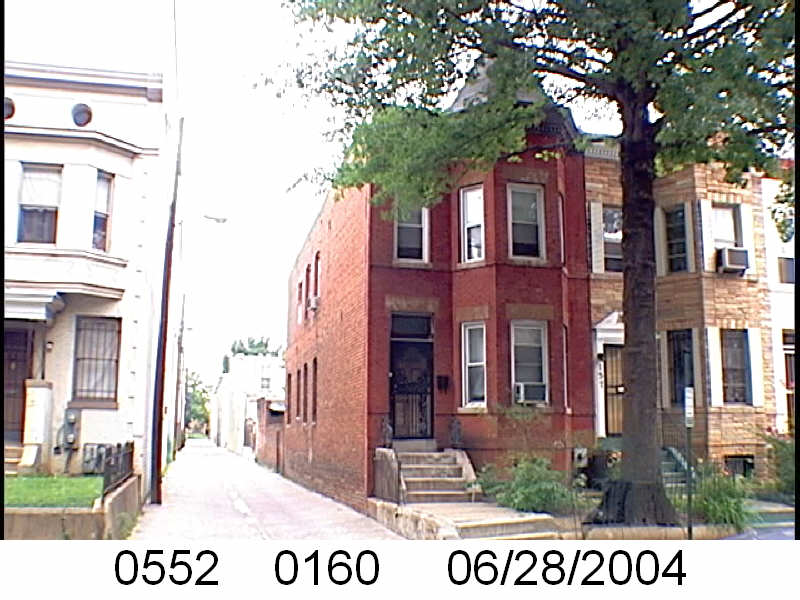 I’m going to admit to being a judgy person. I like people to be simple and stay in stable traditional families so I can best track them. At one point it looks stable but then…. and I’m not happy.

In 1900 it appears William Henry Despert was living with his wife Bertha and 4 year old daughter Beatrice at 456 N St NW as renters. Mr. Despert was working as a huckster.  According to the census the Desperts were married for 5 years. That confirms the 1985 marriage between Bertie Irvin (Irving?) and William H. Despert (Desperate).

By the next census William is divorced from Bertha. He was in the beginning of his long career as a Pullman porter. He was shacking up at 307 Oakdale Place NW with Emma Green. I can’t find a record of their marriage, but by the 1920 census they are living as man and wife.

Being a Pullman porter was a pretty good job, but even food service workers could buy a Truxton home. It makes sense that by 1917/1918, William was a home owner of 139 P St NW. In 1920 Emma was Emma G. Despert. Emma Green had a son, Herbert who lived with them as William’s step-son.

In 1930, the Desperts were living with Emma’s mother, 69 year old widow Annie Green and 32 year old son. In 1910 Annie Green was a laundress living at 1721 5th St NW with her grandson Herbert Gray.  Could he be the same Herbert who changed from Gray to Green? Anyway, Herbert was working as a chauffeur in 1930.

The 1940 census is the last available census and when it is harder to trace the family. Amazingly, Annie Green was still alive, at the age of 84*, and still living on P St. William was still a porter. Herbert was unemployed.

Before William passed away and after his Emma died, he added a woman named Beatrice E. Johnson to the property. Who the heck is Beatrice? At first I thought she could be William’s daughter from his first marriage. But the Beatrice Johnsons in DC around that time were a good 10-14 years younger than Beatrice Despert. And the records don’t state a relationship. Yeah.

In 1974 Ms. Johnson lost the property to George Basiliko (he’s like everywhere) in a trustees deed. In 1959 Johnson borrowed $6000 from trustees with the Perpetual Building Association. In April of 1974 there was a substitution of trustees from the Perpetual Building Association to the National Bank of Washington. Then in June of 1974, two months after the substitution, National Bank of Washington advertises the auctioning of 139 P St NW in the Washington Star newspaper. George Basiliko was awarded the property in a trustees deed for August 1974 and immediately sold it to Robin Enterprises Inc.

*Yes, I realize that she gained 3 extra years in age from one census to the next.