In this case, not only was Otho Peters a Black home owner, he was also a doctor. If you consider pharmacists doctors. It’s 1920, so the rules may have been different.

Dr. E. Otho Peters would give health talks around town. That is what I could tell from looking him up in various publications. I discovered there was a publication called National Negro Health News. In the October-December 1946 edition of National Negro Health News, Dr. Peters is mentioned as heading Metropolitan Baptist Church’s health program. None of these publications cough up a photo of him and most are about the program his started at Metropolitan. 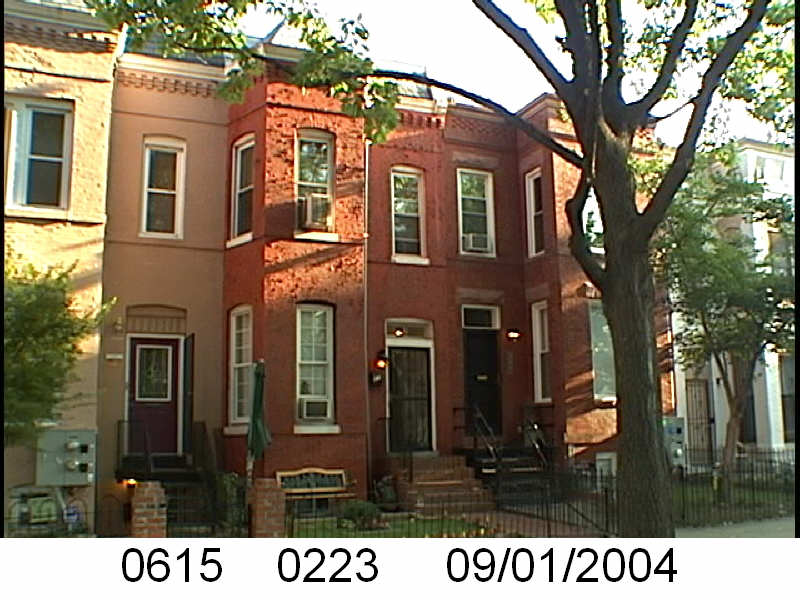 He also had an office on the next block at 100 P St NW, as an optician. In 1920 he was a druggist. In 1922 (where I found the ad in the Howard yearbook) he was an optician. Maybe medicine wasn’t so hyper specialized back then or a Black doctor could wear all sorts of hats. I don’t know.

So in 1920 Dr. Peters was living with his wife, Clara (ne Clara R. Wilson) who hailed from Massachusetts. They were newlyweds having been married on March 8, 1919, it was at least his second marriage. Also in the house was his new mother in law, the widow, Mary A. Wilson.

Looking back for the wife he divorced, I went to the 1910 census. He was a 25 year old lodger living at 939 R St NW working as a porter for a drug store. But looking for his past was hard. He changed up his birth year. In the 1920 census his estimated birth year is 1888 in West Virginia. The 1910 census has him at 1885 in Virginia. Then there is a variation on his name that pops up, E Otho Peters Jr.’s WW2 draft registration has his birth place as Martinsburg, PA in 1893. The other Othos would have been far too young to father a child. His contact person is Mrs. C. Roma Peters at 3335 Sherman Ave NW. He was also unemployed at the time (1942). I did find an Evening Star (9/11/1942) that stated Mrs. Peters was an artist and a well known singer(?). Her background says she was a teacher before marrying. This guy (and his wife) seem hard to pin down so I’ll end the genealogical portion here.

Let’s see what the land records say. The Recorder of Deeds land records go back to 1921, and the earliest record there are two 1923 trusts. I’m getting the feeling, looking at the trusts, that the property was in Clara’s name and Otho was added. That’s the ‘feeling’ I’m getting. I could be wrong. Anywho in the two March 1923 trusts were for $3500 and $1200 borrowed from individually named trustees at 7% interest. One of those trustees, Walter R. Wilcox is named on both of the trusts.

The Peters sell their home in November 1925 to William W. McClaine, another African American.