In this post of Black Home Owners of Truxton Circle I go all over this great United States of America, chasing down William Foster Turner and his wife Minnie Lee Turner. Okay I just go out West, but I had to wander pass the Mississippi.

In 1920 William F. Turner was an African American government clerk who lived and owned 107 P St NW with his wife Minnie. He was born on October 2, 1874 in the state of Arkansas. In July 1899 he married Minnie Lee Slaughter, the daughter of James and Sarah Slaughter, a barber and laundry woman in White County, Arkansas. They lived with a lodger, another clerk, named Joseph H. Goldsby. 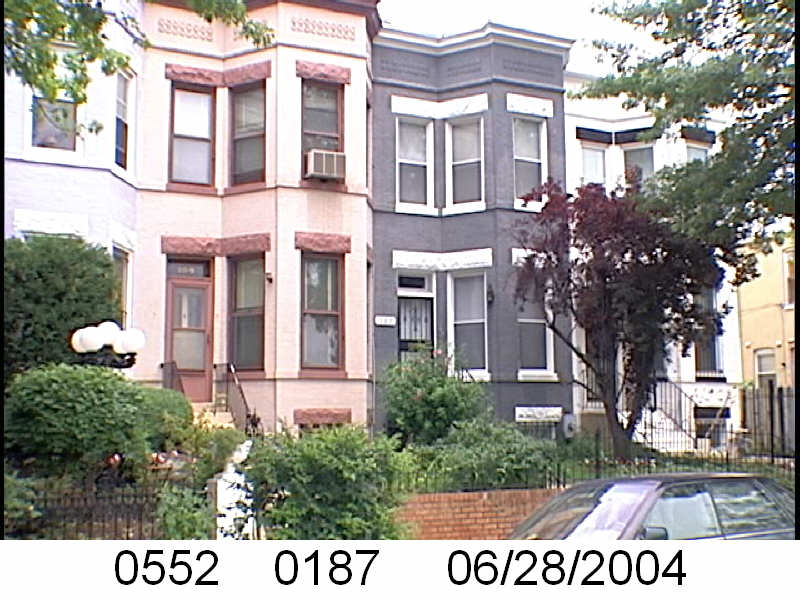 The farthest back I can find the Turners is in the 1900 Census where the twenty something couple was living in Indian Territory. Seriously, where the form says state, the census has Indian Territory. They lived in a town called Wagoner, and maybe that’s Wagoner, OK. William was a teacher. They lived with Minnie’s brother, Edward (Eddie) Slaughter, a 21 year old day laborer.

In 1910 they were living back in Searcy, Arkansas with Minnie’s widowed mother and her 35 year old brother Will H. In Arkansas, William was a government clerk. It’s not clear if he was working for the Census Bureau or the Commerce Department.

The earliest record I can find of the Turners in Washington, DC at 107 P St NW, is William’s World War I registration in 1917/1918. At the time he was working as a clerk for the US Patent Office.

Yes, that’s history, something happening. But something happened and it appears William Turner moved to Denver, CO without Minnie. In the 1930 census William F. Turner lived with his sister Lulu, brother Forrest W., their father Benjamin, and the Pinkett niece and nephews. He was working as a salesman for a publishing company. He is reunited with Minnie by the 1940 census, where they are living in Denver, CO together alone.

Was losing the house the thing that happened? Because that happened. The on-line land records go back to 1921 and the earliest record is a 1923 trust between the Turners and the Columbia Building Association for $3000. I’m just going to skip to the end. In 1930 the Turners borrowed $715.00 at 7% interest, through trustees Raymond D and F Thomas Evans. In 1931, the Evans foreclosed because the Turners defaulted on the loan. They advertised in the Washington Herald that they would sell to the highest bidder.

The Turners died in 1966 in Colorado. They are buried with William’s brother Forrest W. Turner in Denver.