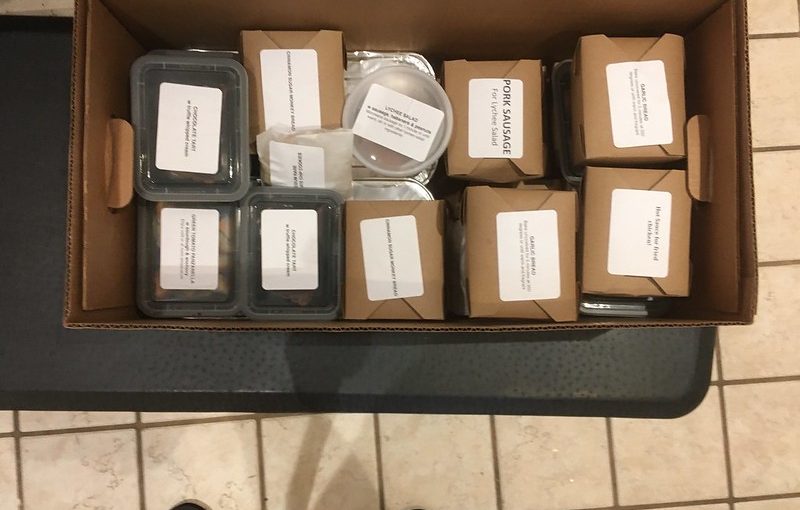 So all the restaurants are closed because of the global pandemic. The silver lining of this cloud of death is that some of the Michelin starred and Bib Gourmand are offering delivery or take out. Since we’ve become parents, are ability to enjoy the fine dining options in the city have been limited, so this allows us to “revisit” some places in our own home. Last time it was Bib Gourmand Red Hen. This time it’s the one starred Rose’s Luxury (sister to the 2 starred Pineapples & Pearls) with their Rose’s at Home service. 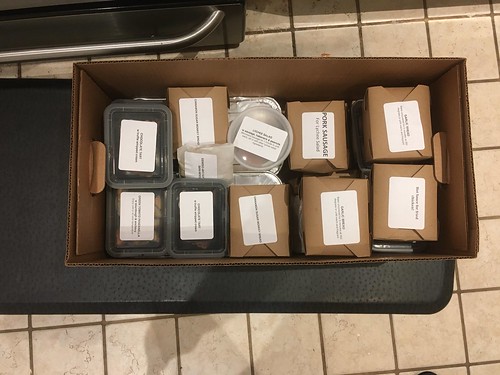 So we got the 3 night meal, because that was the only thing left, and paid a total of $288. It was to be delivered sometime around 3 something on Monday. We got a call from the driver a bit before 3pm (Google map problem I’m noticing with Uber and other things) trying to find us. Then we got this big box of food! And instructions, there were instructions. 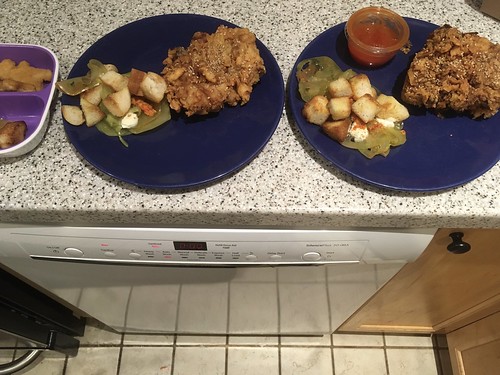 The instructions were to leave it out for an hour to get it to room temperature. It worked fine. The chicken wasn’t crispy, but it wasn’t soggy. A fair amount of the crust separated from the chicken meat, which was fine with me. The meal came with some hot sauce that had a burn but was warming, not flaming. It was so good, I was wondering if I could make a Bloody Mary with it.

We have a 2.5 year old and he got dinosaur chicken (nor Rose’s) so he could eat with us. We shared a bit of our dinner with him. He liked the fried chicken, as he said it tasted like candy. That was the honey. He did not care for the pickled green tomato, but he stole all of my soft sourdough croutons. Destructo-kid and my spouse shared the monkeybread. I’m sorta on a diet so I let them have mine. About halfway through the dessert, we decided to just pop it in the microwave for a few seconds. That was good too.

The best thing was the time saved. We were able to eat with our son, put away the dishes, put him to bed and amazingly have time to watch a movie. Thanks Rose’s at Home!