It could have been worse.

The bright shining bright spot in 2017, was the ‘Triangle Known As Truxton Circle’ exhibit, I and my neighbors put on at 410 GooDBuddY.

I think I was able to show something that logically makes sense, the neighborhood is always changing. There are always threats. Be it middle class flight (white and later black), urban renewal, drugs, the War on Drugs, and so forth. Does the neighborhood overcome those threats? Sure, lets go with that narrative, as it is true in the case of urban renewal.

I see the change occurring because of the many minor and major decisions of the thousands of residents, property owners, business operators, visitors and others. So I hope 2018 brings more civically minded residents, enlightened visitors, positive businesses, developers with a sense of exterior beauty (seriously some of y’all hit your buildings with an ugly hammer), great landlords and even better tenants, pro-active parents, responsible pet owners, and courteous drivers. I can wish for fewer drug dealers and the gun violence they bring. I can hope for cross cultural exchange across different age, ethnic, racial, religious and non groups, because what is the point of a diverse neighborhood if we’re just going stay in our little silos, you have to interact to really get the depth of what is this neighborhood.

So make peace with neighborhood change and be part of the change for good.

So I was planning to write about how great and walkable Shaw/Truxton Circle is, but I got an email from my ANC that is very time sensitive.

Long story short, in 2018 the tax rules change. There is a limit on local taxes, including local property and income. If you are paying more than $10K in property, income, and whatever passes as a local tax* (look at your 2016 DC tax return for the income part), you may want to pay your property tax early, so it can count with your 2017 taxes.

See the announcement below from The Office of Tax and Revenue https://otr.cfo.dc.gov/release/statement-prepayment-real-property-taxes

The new Federal tax law limits the amount of state and local income and real property taxes that individuals may deduct from their Federal income tax, beginning in calendar year 2018.

Under the new law, the amount that may be deducted is limited to $10,000 of the combined local income and real property taxes.This applies ONLY to taxpayers who itemize their income tax filings.

About 40 percent of District taxpayers itemize their income tax filings.Taxpayers who do not itemize will not receive a tax benefit by paying early.

The Property Tax payment can be made two ways:

Do not mail payments as they may not be recorded in 2017.

*So had a fun conversation with a relative who said they deducted some building fee assessed by their version of DCRA as a tax, that and permits. So…. anything the local government charges you that relates to your house….That was a bit more creative thinking than I was willing to do for myself. 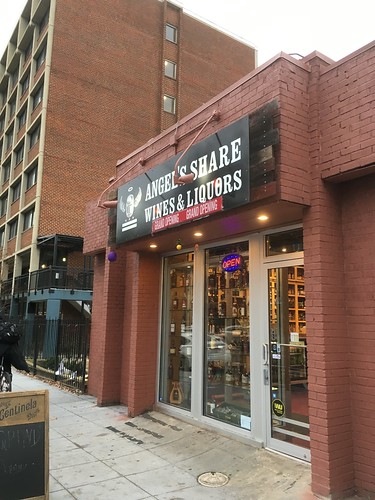