Although the African American home owners of Truxton Circle are my focus, I am looking at a few other blocks in Washington, DC to compare them to. So I looked at the census for blocks in the city that were in the F1 or red lined category, but happened to be 90%-100% white. I included Georgetown, and this is the story of one household. 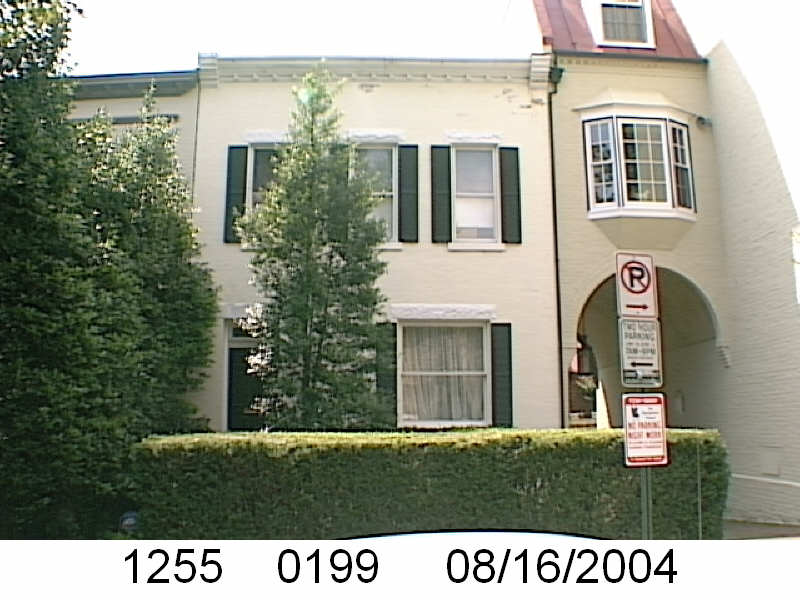 According to the 1930 Census Charles P. Reckert was the owner of 3214 Volta Place. He lived there with his wife Valeria Irene Warner Reckert, and their children, Charles Peter Jr., May Callista, William F. and Eileen Reckert. By the 1940 census the Reckerts had 3 more children Joseph W., Virginia M. (later Lapp), and Robert W. No surprise, they were a Catholic family and parishioners of Holy Trinity Church.

Mr. Reckert was a multi-type machinist working for the Government Printing Office. He had been employed with the GPO since he was a messenger boy in 1911 then moved up to the role of machinist before 1920 after serving in the first World War.

According to the land records the Charles and Valeria purchased 3214 Volta in April 1929 from Eudora B. Johnson. In December 1931 they took out a loan with the Oriental Building Association. It looks sort of like a HELOC where there was a range, and the range appeared to be $1,800-$4,000. They closed the loan ten years later in 1941.

Then something curious happens. When I’ve seen this sort of thing with the TC homeowners it happens on the same day and is a way to change the name of who is on the property. Usually to remove the name of a spouse or add or transfer it to a family member. November 1945 the Reckarts sell/transfer the property to Minnie May Wanner. I attempted to find any connection with Minnie May with either Charles or Valeria. As far I as could find, Mrs. Wanner was a Baltimore widow and Charles’ family lived in Charm City at some time in the 1920s. A few months later, in March of 1946, Wanner sells/transfers the property to Valeria and in her name only.

I’m not entirely sure why this was done. They did not divorce and Charles was no where near death. I’m guessing taxes.

By the 1950 census the Reckerts had moved a few blocks over to 3130 Dumbarton Ave NW. That census revealed they had another son, David. World War I records show that the Dumbarton Ave home was previously home to Charles’ father Charles G. Reckert, a Baltimore grocer.

Charles and Valeria died in 1972. Their many heirs, being their children and their children’s spouses, sold the property in 1973.