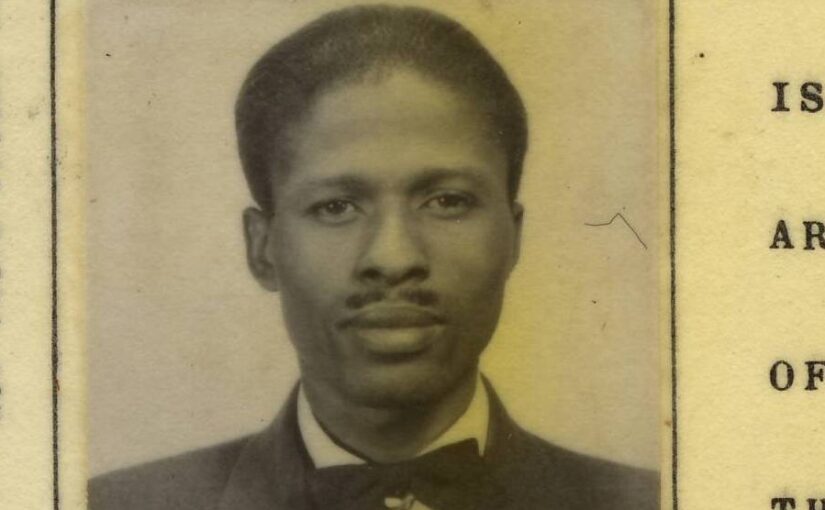 I was doing something else and there is nowhere to put this guy. But it is Black history month, and this fellow is Black. Currently the New Community Church has 614 S St NW as its address. It might have been an apartment building. They both lived there, maybe they met there, running into each other at the end of the work day, exchanging pleasantries, discovering they both hailed from Mississippi, and a romance blossomed. Or they were shacking up and decided to make it legal. Or they were already married and the first one didn’t stick?

Who was Samuel Larnardo Acker? He was a Sargent in the US Army who served in World War II. He was born May 5, 1909 in Picayune, MS (or Hancock, MS depending which doc you go by). According to the 1910 census he was one of six children. In the 1930 census he was a student attending the Prentiss Normal and Industrial Institute, a Black college which no longer exists. Looking at the census it appears he and a long list of students were living with the school’s founders, Jonas Edward Johnson and Bertha LaBranche Johnson.

In the 1940 census he and his wife Bessy/Bessie (in NY records he married a Bessie Lisker in 1924) lived at 529 Florida Ave NW on the LeDroit Park side of Florida. The lived there with their 9 month old daughter Dorothy. He worked at the Library of Congress, as part of the WPA, as a Research Editor. A year later he worked as a Junior Clerk Typist for the War Department. He and Bessie later had a son, Larnardo Menelik Acker, in 1942. In the 1950s he was mustered into the US Marines (Co C 1St Engr Bn 1St Mar Div, Mri 6 Pearl ), I don’t understand how the military works so….. The Army record I could find makes it look like he was in the typing and secretarial group.

In 1954 the family was living at 1913 Frederick Place SE. But a few years later, in September 1956 Bessie, who was an undergraduate nurse at the Emergency Hospital (where’s that?), died. She is buried at Arlington with Samuel Larnardo, who later died in 1966. Their graves are next to each other.