Bear with me in this post of Black Home Owners of Truxton Circle because this is a situation with the lot numbers that changed. The main owner John R. Duffey owned lots 807, 0025 and 0026 on Square 615. The house 71 P St NW is mainly on lot 0807, but it looks like the property lines don’t line up with the rowhouses.

What this means is I have to look at the lot now associated with the address, 807, and the two other lots that the house at 71 P also sit on. 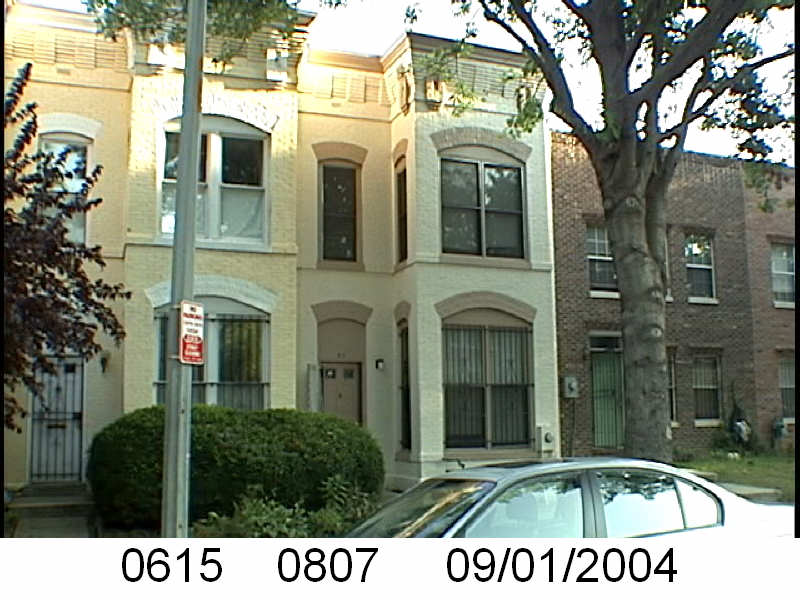 Let’s look at the history of lot 807. The on-line land records go back to 1921. The first record for 807 is a February 1933 trustees deed. Dang. Right out of the gate and game over. The Duffeys, John R. and Mattie A. Duffey defaulted on a debt, owing $4,200. The Washington Housing Corporation picked up the house and later sold it in December 1933.

And that’s how the Duffeys lost their home.

But who were the Duffeys?

John Robert Duffey was born March 6, 1874 in Boyds, MD to John H. Duffey and Maria J. Hackett. John married Mamie/Mattie A. Warren in 1892. In 1900 the Duffeys were living in Clarksburg, MD with their 3 children, Arthur C., John M. and Rubie E. John was working as a farm laborer to support the family.

They had moved by the 1910 census to Washington, DC where John was a driver and Mattie was a laundress. They lived somewhere called Drapers Court. Around 1917/1918 they moved to P St but lived at 53 P St NW, not 71. John was then working as a porter for a business called Browning and Middleton.

In the 1930 census, Ruby Duffey, was the head of household working as a teacher. Her 59 year old father John, and 36 year old brother Arthur were not employed. Her mother Mattie worked as a servant for a private family. They had a 16 year old lodger living with the family.

By 1940, public school teacher Ruby Duffey (also Duffy), her parents, and her other brother John Maynard Duffey rented a home at 1924 17th St NW. At that point in John and Mattie’s lives they were retired. Their son John was working as a skilled laborer for the city post office. Despite the loss of their home in 1933, the Duffeys had moved on.