Normally, I pick the name of a Black home owner from the 1920 census who lived in Truxton Circle, and try to find something interesting, or semi-interesting. 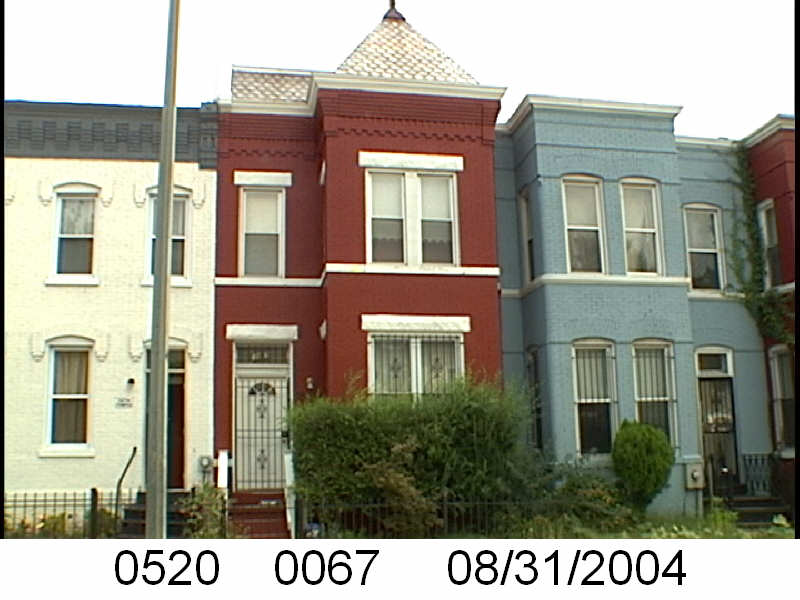 Thankfully George Robert Brown had a Family Tree description done in Ancestry.com because Brown and George are very common names. His tenure on 4th St goes back to the 1900 census, but he, a day laborer and his wife Ella Elizabeth (nee Wright), a dressmaker, and their 18 year old daughter Lulu/Lula/Lucinda lived at 1119 4th St NW. Besides the houses on that side of the 1600 block of 4th St NW, weren’t built until around 1900.

The Brown family does not appear at 1639 4th St NW until the 1910 census. Then George Brown is listed as a hotel waiter, Ella was still a dressmaker and Lulu was 2 years younger than what she should have been (26 years old as opposed to 28) and working as a public school teacher. The family had lodgers living with them, Charles E. Fuller, a picture hanger, and Patience Willis, a domestic.

In 1920, the family was still at 1639 4th St NW with some small differences. Ella E. Brown was still a dressmaker, but George was a GPO messenger, and Lulu, still a teacher, but had married. She married William Miner in 1917 and they had a 1 year old son George W. Miner. The family retained one of the lodgers from 1910, Patience Willis.

The family had moved to 1433 R St NW where government clerk William Minor was the home owner by the 1930 census. Lucinda/Lulu was still a public school teacher and her father George Brown was a widow. According to an Ancestry family tree Ella E. Brown died August 31, 1928.

Ella E. Brown’s death is confirmed in the DC Recorder of Deeds’ records. The on-line records provided go back to 1921.  A deed from May 8, 1929 stated that George R. Brown was a widow. There are two deeds for that date, and two deeds for February 14, 1950. I know they are serving the purpose to do something, but I don’t know what. What I do know is that one of the 1950 deeds tells us George R. Brown died October 10, 1936.

The Miners, which includes Lucinda, William, their son George and his wife Charlotte Bell Miner held on to the property until June 2000. George and Charlotte sold the property to Adeola and Mufutau Sanni. For the time the property belonged to the Browns it wasn’t mortgaged. The Miners took out a loan with Riggs Bank (for Jefferson Federal Savings and Loan Assoc.) in 1978 for $20,000. This time I’m sure it was for actually that much.