Normally, I pick the name of a Black home owner from the 1920 census who lived in Truxton Circle, and try to track their life in this DC neighborhood. Sometimes, if there is something interesting, I’ll

look at what happened after they moved and where they went.

Sometimes looking for the one person works, but sometimes things are so muddy I have to look at his or her surrounding family members. Wallace J. and Madge V. Broadus had a son named Arvid (sometime Arvide)… it was easier to find him in the following 1930 census. The 1930 census had the family still at 1607 New Jersey Ave NW, but Madge was missing and Wallace was a widower and working as an elevator operator for the US government.

I had to search for Wallace Broadus’ daughter Evelyn to locate the family in the 1940. Wallace J. was working as a skilled laborer for a printing office. He also remarried. Maybe the Government Printing Office? A number of Truxton Circle residents worked there. I found Arvid W. Broadus’ World War II draft card showing him at 1607 NJ Ave NW. But the events of World War II would have this son leaving home, marrying a gal named Mary Louise Jackson, then divorcing her in 1950 in Walton, Florida, where she remained.

Unfortunately for me, there is another Wallace Broadus or Broaddus floating around Washington, DC around the same time. So I’m not clear when he passed away. But like so many, it appears that he left the house to more than one family member. People. In your wills, leave a single piece of property to one relative. You want to leave more property to another relative, than go on and get yourself another property.  sigh. 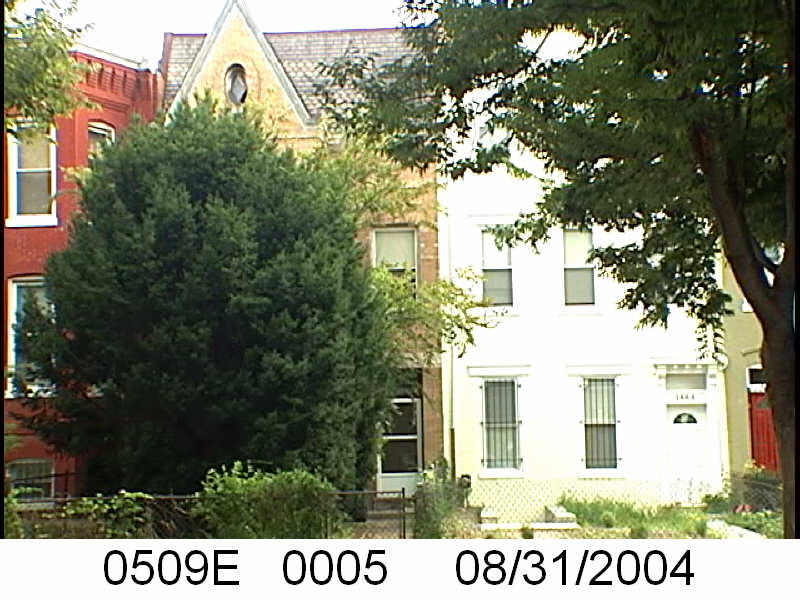 So it appears according to Wallace J. Broadas’ will, (probate in US District Court admin # 115,960) the property was left to Arvid Wallace Broadus, who was then not married. It says unmarried, but he’s divorced at this point and it doesn’t seem like he remarried. AND Evelyn Louise Shears (nee Broadus) and her husband Harry J. Shears, and Wallace’s sister Bessie Elizabeth Mack (nee Broadus), her husband William Mack and someone Bernice Occulane (aka Oculaine) Mynatt, who I believe might be his sister or other relative. Mynatt’s maiden name was Bernice O. Broadus before she married Bernard Ross Mynatt in DC in 1938.

Anyway, in 1966 the family sold 1607 New Jersey Ave NW to SOVEREIGN INC . Before there were plenty of trusts (borrowing money) and releases (paying it back) between 1922 and 1954 and I just don’t feel like covering it.