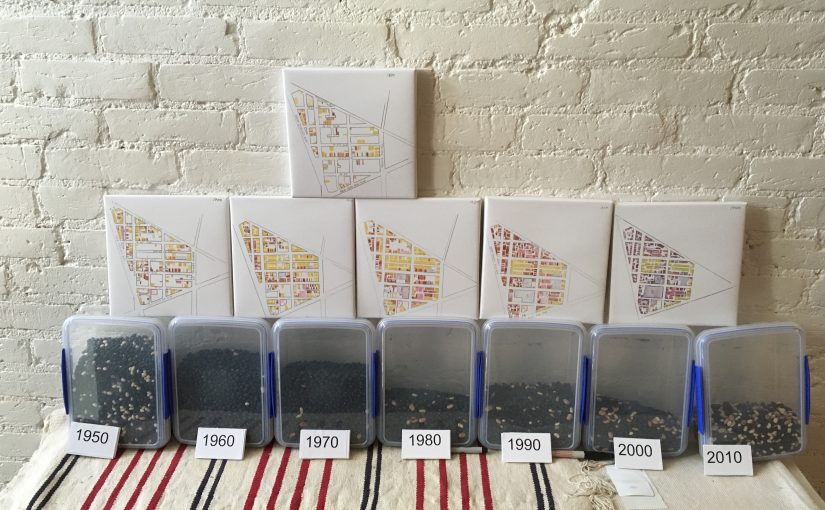 This is old, but the data I needed was buried in a file. The Institute on Metropolitan Opportunity- University of Minnesota Law School put out a study that was reported on by the Washington Post and DCist. The 7-page study is general and I have no beef with it, but its is the interactive map that has me questioning it.

The trend since 1970 was downward for everyone, mainly African-Americans since they/we were slowly departing the neighborhood. So the -2,519 of the Black population in Truxton Circle from 1970 to 1980, can we also call that displacement? It’s much bigger than the loss of 1,232 from 2000 to 2016. Now I’ll acknowledge a bump in populace from 1980 to 1990 of almost 300 people, but apparently by 1990 they several hundred said ‘screw this’ (or got shot) and left in droves by 2000. The 00s had numbers so low, I think those numbers hadn’t been seen since the 19th Century when vast swaths of land were undeveloped.

Whaddya want White Flight. Again?
Let’s expand that table, shall we? Apologies for not having the Black population for 1940.

Fewer Section 8s- Or Housing Choice Vouchers or whatever you want to call it, but aka Section 8. There were a few suspected Section 8 houses around, two on my block owned by one fellow who seemed to have gotten into financial trouble and had to sell them. The new owners did not keep them as Section 8, but lived in them a short while and rented them out at market rate. Fewer landlords are chasing Section 8 renters, when the area attracts market-rate renters. And there are accidental landlords (former resident homeowners) who are not savvy or interested in the voucher program.

Not a one to one exchange- My next door neighbors, 2 white men, bought their house from a black family of 5 (mom, dad, two kids, and grandpa). Units that had larger families got replaced by singles and childless couples.