DC has an enforcement problem. Illegal construction. Residency for DC Schools. Traffic. Parking. Just having a law on the books does not solve the problem. Also there are activities that local MPD won’t deal with unless they observe the illegal action with their own eyes. So calling 911 a dozen times won’t result in diddly or squat. It is very frustrating.

Part of the problem is the city has decided that only the city can enforce its laws. Well that would be great if it did. 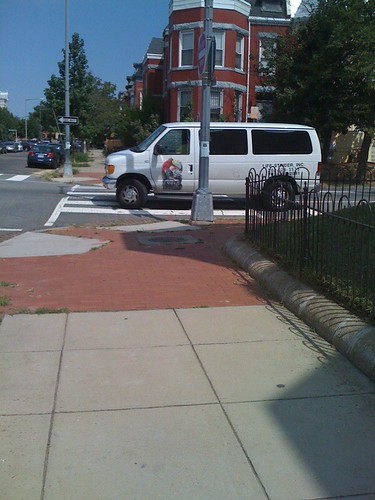 I have a suggestion. Empower DC residents to ticket. Have DC residents provide the kind of evidence that would be admissible in court, via an app specifically for parking violations that would guide the citizen in what kind of images are needed to prove the parking violation. There are hundreds of cyclists who would love to ticket the various cars and delivery trucks that take up bike lanes. There may be several dozen people who would to ticket… and tow (if they could) the cars that park in their individually assigned handicap parking spots, as well those blocking curb cuts.

Maybe when the city actually enforces the law, with its own people, a contractor charging millions, or Lord forbid its own citizens, maybe people will actually respect and follow the law.

2 thoughts on “Power to the People: Let Residents Ticket”