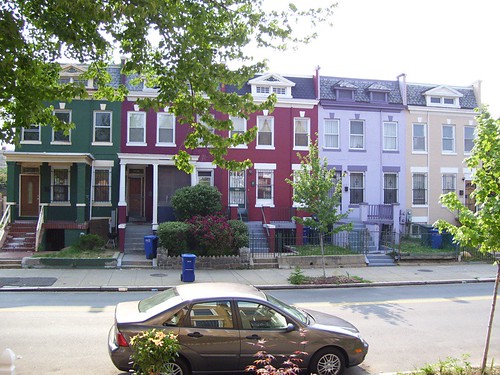 Once upon a time in DC parts of the city experienced gentrification. Homeowners who had lived in the city through the crack years, the control board, or got in before the house prices went to crazy town began to experience unpleasant surprises year after year. Say their home that they may have bought for $75K was being assessed at $100K one year, then about $300K the next when the owners did not do any improvements to their home. I remember neighbors who bought their home for something around $200K , later got an assessment of $500K. Of course, people freaked the hell out, because their property taxes kept jumping up and up, near 50%. Some going from several hundred one year to several thousand dollars a few years later. If you’re a lower or low middle income homeowner, this is a very good reason to freak the hell out.

A tool to stop the freaking out and accusations that the city was trying to push out long time homeowners with high property taxes was the 10% cap. A DC homeowner’s taxes cannot go higher than 10% each year, regardless of how much the city thinks their house is worth.

So the DC Policy Center is saying the 10% cap is wrong and possibly racist. It seems to defy logic. They attacked the homestead deduction and failed to show how these things directly related to racism.

There also is some misleading language. In DC there is a homestead deduction, in some other places such a thing is called a homestead exemption, usually it’s a discount off the full tax bill for resident homeowners. Exemption does not mean no taxes are paid, the report seems to hint that it is in not being clear. Another word, “elude” or “eludes”, which according the the dictionary means, “evade or escape from (a danger, enemy, or pursuer), typically in a skillful or cunning way; (of an idea or fact) fail to be grasped or remembered by (someone); (of an achievement, or something desired or pursued) fail to be attained by (someone).”. The claim, “Home ownership and the wealth associated with it eludes communities of color, ” irritated me. I totally acknowledge home ownership is challenging, but DC is frickin’ filled with opportunities for those who are first time home owners that other places don’t have, so much that it is worth another post to go through them.