Although not for DC (New York City, different animal) I came across this from a fitness Youtuber Imani Shakir.

I love how she talks about her experience with the system and how it works there.  Just going by her video this is what I learned: You need an on-line housing profile; don’t apply for everything, just apply to the buildings where you qualify; Your chances are better if you pick a building in your area; You need to respond quickly and have accurate contact info; You may need letters from your current and former bosses in addition to pay stubs as some of your application documentation when asked. You might have less than 2 weeks to get those documents together; and the biggest take away, it may take years to get an affordable unit. In her case it was 3 years.

Yeah, Babyman is less than a year old and I’ve got the next 17 years planned. But you know what they say about plans.

We will be playing the DC School Lottery in 2 years. I’ve got my first choice in mind, even though Babyman has a better chance of getting into Harvard than Mundo Verde.  So what if he doesn’t get into Mundo Verde, it would not be the end of the world because we happen to be in the boundary for Seaton Elementary, which isn’t that bad.

Actually, it is a bit better than the first elementary school I attended. I looked up my old elementary schools (yes, schools) using Great Schools. GS may have its faults but it allows me to compare my nieces and nephews schools with DC schools. Being in DC can warp ones view of things. My other elementary schools have transformed in the (mumble) forty some odd years since I’ve attended. One is a magnet school the other is some sort of community center. My old elementary school scored 4 out of 10, only because it rated highly on race (34% black, 34% white) everything else was 2 out of 10. The former all black elementary school I attended, which is now a magnet school, scored 10 of 10. Racially it is now 15% black, 62% white, 12% Hispanic, and that’s also rated 10 of 10. Students scored 97%-100% proficiency in math and english tests.

Seaton compared to Munde Verde, if you were just going by test scores (Seaton -math 47%, ELA 31%, Mundo Verde math 42%, ELA 44%) are close enough. I’m attracted to Mundo Verde’s bilingual programming and yes, its proximity to my house. Looking at the 2018-2019 waitlist data, the 1,702 long waitlist is, something to keep in mind. The only problem with Seaton, for my needs as a parent, is the lack of a before school program. Munde Verde has before and after care programs.

We really won’t know what his educational needs are until he gets older. Right now his interaction with books involves trying to eat them. He’s giving off a mechanical engineer vibe, in that he seems like he wants to know how things work…. and then he tries to eat whatever it is.

So our in boundary school is acceptable enough that it doesn’t warrant moving out if we don’t get our desired lottery choices. If the boundary changes, then yes, we’d have to consider other options if we don’t get our preferred school. You know what’s cheaper than daycare for a baby? Pre-K Catholic school, and that’s an option.

Okay I thought Babyman’s Exorcist-esque event had something to do with a new food I let him try… lemons are cool, that quick pickle, not so much. Now I think it might have something to do with the water advisory. The DC Water site is down, but the local NBC affiliate has an interactive map.

Truxton Circle is in the area of concern.

This morning I heard the distinct sound of glass breaking. Not wanting to wake the Babyman, I waited till coming downstairs to ask the Help (my spouse) what was it. Apparently he had grabbed a book that shared space with the change jar and the other books shifted, sending the antique milk bottle to its shattered end on the floor. 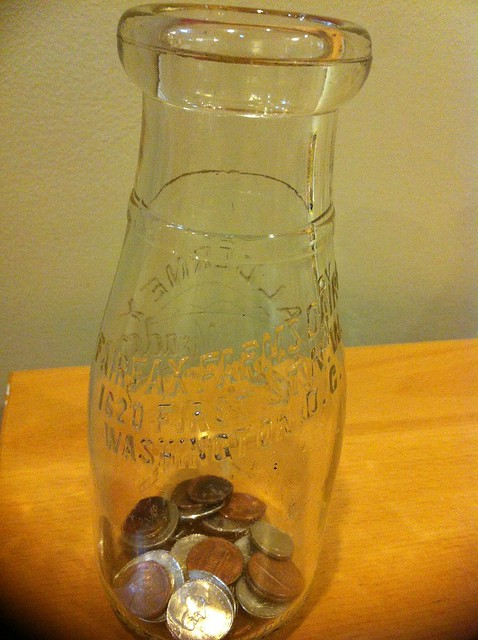 This milk was special, Truxton Circle special. Once upon a time in the early and mid 20th century, there was a the Fairfax Farms Dairy at 1620 First Street NW, where the Northwest Co-Op currently sits. That was a light industrial block with warehouses and of course the “dairy”. There were no cows to my knowledge ever on the property. Eventually fresh milk delivered to your door in these lovely glass bottles was no longer a thing, and so businesses like the dairy went away.

We probably won’t get another antique 1620 1st St NW bottle. The Babyman would probably destroy it as he gets more mobile. We’ll just replace it with a cheap mason jar. 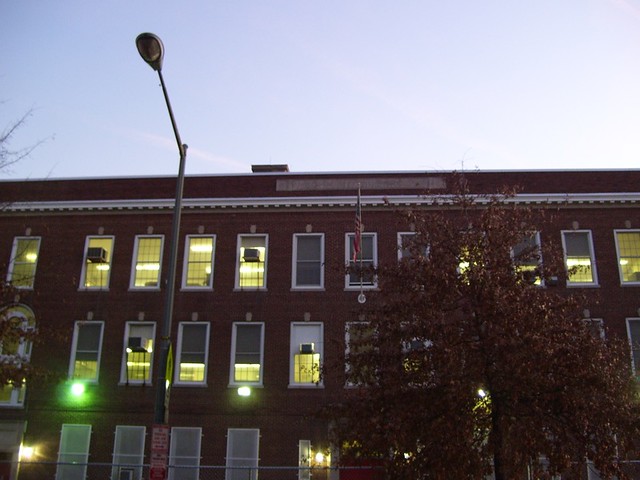