It has been 50 years since the riots that destroyed several DC commercial corridors. And it has taken about 50 years for life and vibrancy to return to those corridors. However at the time, several of those places were already in a downward spiral. The heyday had passed. When the community is strong and disaster strikes, you rebuild. When it is weak, you leave. 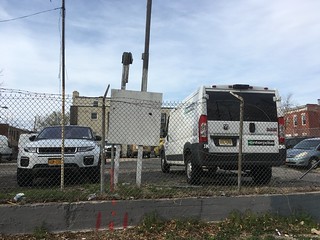 Jessie McCain had a barbershop at 643 P St NW. During the riots it was completely destroyed. So what is there now? A parking lot. Next to it is a vacant lot, where Clark Construction has a couple of mobile office trailers that have been there for years. So in 50 years the only improvement has been clearing off the rubble. Just after the riots officials sent out surveys to business owners to figure out the level of damage. The image above is from the survey Mr. McCain returned in September 1968. He was a 50 year old African American, and back in the 60s, 50 was old. Fifty year olds are a whole lot healthier and active these days, but back then they were well over the hill, probably not going to see 65. The destruction the riot brought Mr. McCain was the final straw. He wrote: “I am too old to be worryed [sic] any more. I just don’t want any more business.”

There were plenty more victims in Shaw for whom the riots were the final straw, and I’ll introduce you to them in the month of April.