Morton’s Thrift Store was located at 1330-1332 7th Street NW. There are apartments there now, formerly the Immaculate Conception Apartments. The survey says the shop just got glass and smoke damage. However, a Washington Post image has a burned out building on the corner, so it must have been more towards the center of the block, in the current parking lot.

Anyway, in this survey conducted several months after the April 1968 riots, the business was still running and repairs had been made. But by then sales were down 60%. Knowing in general what happened to Shaw I don’t think business got any better.

The owner of Morton’s Thrift Store was Matthew Morton 1721 Jones Bridge Road in Chevy Chase, MD, and he was an African American. At least according to the survey. 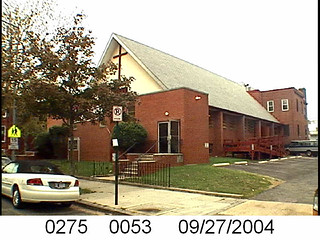 Okay the only reason why I know this was a black owned business is because of the survey the government conducted right after the April 1968 riots. They asked business and property owners in the riot corridors about their race and those who bothered responding, self reported their race. Or not.

Anyway, John Delaney owned a pool room at 1720 7th Street NW, where a post riot building currently sits. He did not suffer any fire damage. Instead he got a lot of broken glass and some things were stolen. It is unknown if he put “Soul Brother” on his shop to keep it from getting torched.

I don’t know if I’ll make this a series, like the 1957 Church Surveys, but who knows. My reason for posting this is to show that history is messy. The present is messy. There is no clean narrative where you can say, there were no black businesses in the Shaw ghetto. There were. There were plenty of black owned businesses, and some of them got hit by rioters. Some closed shop, and some, like Delaney thought Shaw was a perfectly fine neighborhood to do business. I mentioned this one earlier this month, well its school, as it is one of 3 private schools in Shaw. Anywho, St. Augustine is at 1717 15th St NW, on the upper end of the neighborhood.

It was a big church with a chunk of the parishioners (50%) in the urban renewal survey area. I’m a convert to the church, but the sense I get is back then, when this survey was conducted, there were parish districts and you were supposed to go to the church for the district you lived in. Another interesting thing about the demographics is that it had a tiny white population, 3%, while the rest was Black. It is still a predominately African American Catholic Church.

In 1957 Vt Av was a HUGE church claiming 3,600 members. They had 3 Sunday services with over two thousand congregants showing up on any given Sunday. It was a predominately white collar Black church with 41% living in the urban renewal area. About half the membership lived in the rest of DC. So about 1000 people coming in on Sunday, where did they park? 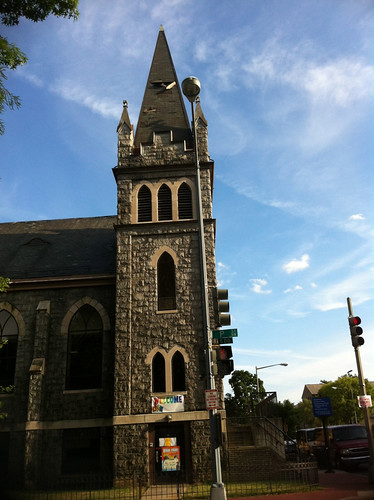 This doesn’t provide a lot of information. So unlike the survey pages I really like, this one is fairly sparse. Anyway, today’s feature is Salem Baptist Church at 917 N Street NW in Shaw. It’s a church building on lot 0809, and a residential structure. Looking at PropertyQuest, there’s another lot the church owns on the other side of the main building. The survey does not tell the racial make up. I’m not 100% sure about the major racial make upof it now, but I’ll guess, African American.