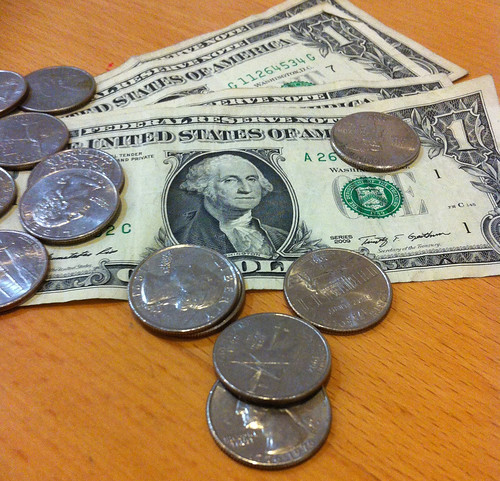 The open season is over so, if you are a Fed and didn’t sign up for FSAFEDS, then just keep this in mind.

We buy lots of contact lens cleaner with our FSAFEDS money. And glasses. Well not lots of glasses, but we do buy glasses when the dentist fails to find an excuse to put a cap in our mouth. That or more fillings. And if dental bills, prescription glasses, and the several kinds of expensive contact lens cleaner the Help goes through doesn’t spend all our FSAFEDS cash, we get fancy.

UBER
I discovered that I could get reimbursed for Uber rides to and from the doctor a few years ago. When I was going through a health issue, the Help would drive me to the medical center, but that stopped after the valet service (normally we self park, but that day they were packing in cars) messed up the car’s clutch. After that, cabs were way cheaper than the $1,500 we paid to fix the clutch. I used a few cabs then one day I used Uber. And FEDSFEDS reimbursed me for the ride. So far it’s been UberX or Uber-taxi, I haven’t tried seeing if I’d get reimbursed for UberBlack.

Insoles
Yeah, not as fancy as Uber, but in a walkable neighborhood, in a walkable part of the city these help. So go for the super fancy Dr. Scholl’s. Or you can test if they’ll reimburse for the Birkenstock arch supports. They should, but I haven’t tried it.

Acupuncture/ Chinese medicine/ Massage-
According to their site “You can use your FSA or HSA to pay for ALL services at Pekoe!” on 9th St NW.  I just submitted a claim for massage therapy elsewhere. I could have sworn that previously you needed a doctor’s recommendation to make massage therapy eligible. But I was recently going down the list to share with a co-worker what she could blow her money on from 2015 on besides another pair of glasses and saw massage and acupuncture listed. For massage there were no qualifiers but I chose a spot that advertised massage therapy. I do have an ache that needs soothing, so it is not for the fun of having a massage.

Re-hydration Liquids- or hangover cure
Pedialyte. I like some drinks, but as I get older more than one glass becomes problematic and that just doesn’t do when you are dining at Chez Fancy Pants with the wine pairing.

There are other things on the list of things we can buy adn get reimbursed for but they aren’t all that exciting (Breathe Right Strips anyone?) or they reveal a little too much about us.

If one wanted to they could maximize their FSAFEDS with a day at a place offering therapeutic massages, then a night on the town where next to your favorite bar/restaurant, you later pick up your prescription from the 24 hour pharmacy and a bottle of Pedialyte then from the pharmacy get an Uber home.

Live large and healthy my friends.