The Help and I hit two of the Art All Night events this weekend, Shaw and North Capitol Main Streets. Two days later and I am still tired. 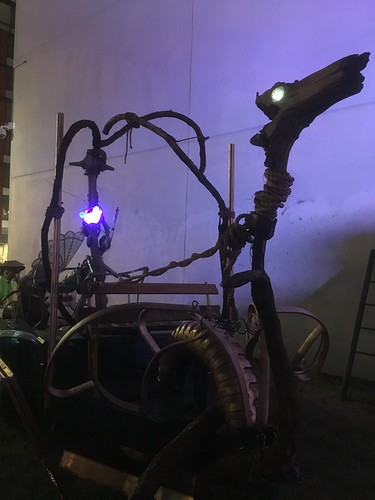 Shaw Main Streets had more businesses sponsoring and hosting events and was bigger. There were a dizzying amount of events and things to do, fifty-seven things according to the event map. I picked 3-4 things to go to and the streets were packed. But then again, it’s the U Street/ 7th Street corridor on a Saturday night, of course it is packed. Rooftop bars were busy. Most bars were busy, rooftop or not. There were artists making art on the street, there were performances by musicians , there was way too much to choose from, which is why I chose three things on my way back to my house so I could hit the North Capitol Main Street’s Art All Night.

North Capitol was smaller with only eight venues and less crowded, more my speed. North Capitol is where I spent most of my energy and time. We met up with a friend and his three kids at the silent disco sponsored by Quiet Events. Unlike last time we did the North Capitol Art All Night where there was a silent disco, the headphones were free (leave an adult’s ID or credit card) this time and I think that made a world of difference.  Three DJs helped too. So with that set up my friend was able to bring his three kids and other parents also brought their kids and danced like silly people in a vacant lot that will have a building on in the coming years. The music wasn’t exactly kid friendly, but remembering as a kid I didn’t think too deeply about the lyrics of most pop songs, it probably was okay. 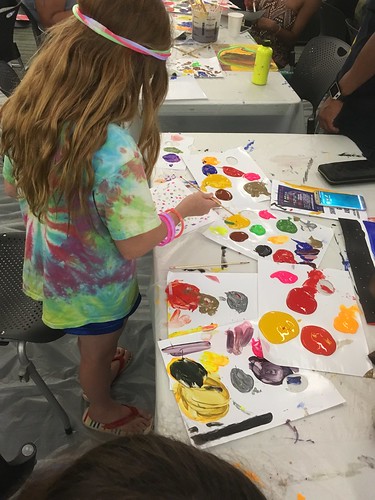 After feeling our age we went to two venues in the Truxton at North Cap and Florida, then trekked over to the Shaw venues at Lot 42 and the Shaw Library. Which by the time we got there with 3 kids in tow (way past their bedtime) Lot 42 was even more crowded. I had gone to the Shaw library because I needed to find a bathroom….. and as a side note, I did not notice any porta potties. While in line at the library for a bathroom with only two stalls, some poor woman was struggling, visually struggling to hold it in. For large events, this can be a problem. Okay, back to the Shaw event. Because I had gone to the library I saw what was going on in the basement and ran into a librarian who mentioned the library was open and you could check out books. Awesome. Our gaggle went to the library where the kids engaged in making art.

After 11PM we all headed home. I was dead tired. My phone said I made over 18,000 steps. Those are the most steps I think I’ve ever made.