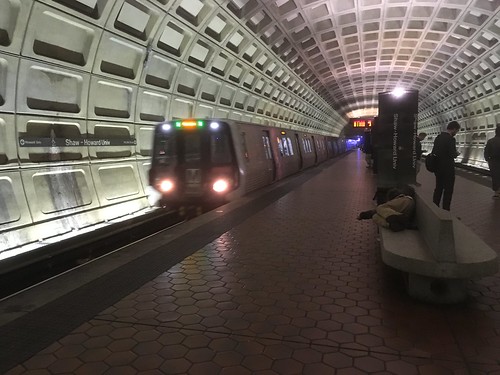 I wonder if a third day will be the charm?

Yesterday during my commute home an old guy was panhandling on the train. He asked for change, I said I didn’t have any. I had my headphones in and was listening to a podcast, so I didn’t clearly hear whatever it was he first mumbled. But as people began filing out he said quite clearly, “I’m gonna spit in your face.” Thankfully, he didn’t and he got off the train at Gallery Place. Today it was a gang of teenagers on a crowded train during rush hour. I’ll say about 10 or so African American teens got on at Gallery Place loudly packing into one end of the train. One of them decided to throw ice, someone complained, and then they decided to push through to the other end of the train. They insulted an African American senior citizen as they pushed through. Once on the other end, they caused some commotion that at few in their party decided to film. The commotion was enough to get a few commuters, including myself, to flee the train when it pulled into Mt. Vernon Square. I reported the incident to @WMATA and MyMTPD and got back the same sort of answer I normally get when I report things.

Well, maybe I should walk or get back to biking to work instead? But the problem hasn’t been my commute in. My commute in is more positive/neutral than negative. My commute back is mostly okay but then I have 15 minutes of unpleasantness that pops up from time to time. In the afternoon I’m more likely to encounter rowdy school-kids, drunks, panhandlers, crazy people, trash, and bad smells. My work pays for my commute but sometimes free doesn’t seem worth it.

Afternoons like this make me reconsider getting a bike and cutting back on metro. I know ridership is down for various reasons, reasons being people have other options to using public transit. There are days when I could telework, but I’m not as productive at home. I could also try doing 10 hour flex-time days to limit how many times I have to come in. I’m too cheap to use Uber-pool on a regular basis. I’m still a fair weather biker, and becoming more hard-core would help me lose weight.

Anyway, there are people who are undermining public transit by adding misery to it. If the people who add to WMATA’s bottom line stop using the system, and decide to stay home, carpool, Uber, bike, walk, or drive their own personal vehicle, it’s going to take longer to get back to good. …and I think that something is that I’m old. This is going to come across as complaining. But I’m not complaining. Not really. This is a behavior I know I need to encourage.

For the past two weeks, during my commute into work, people keep offering me their seats. I don’t think I look pregnant. I actually have lost 20 lbs since last year (cutting out sugar, eating less, etc), so that can’t be it. But I am getting old. I don’t dye my hair, and I stopped keeping track of my grey hairs after I turned 40. I probably doesn’t help that I don’t wear make-up and I guess my resting-b*tch-face is haggard hag face. That is the conclusion I’ve come to, people are offering their seat to the poor old woman, who apparently is me.

I typically stand close to the door because I just have to go a few stops and I like to work my core surfing the train. Also we have a rule in our house against sitting on the bed if we’ve sat on any public transit in those same clothes.

But back to people offering their seats. That’s sweet. I’ve had young black men, older non-black men, and women of various ethnicities signal and offer their seat on a crowded morning train. Every time, I’ve declined. However my lovely spouse suggested that I just once take someone up on their offer. I told him that I try to decline as nicely as possible and sometimes I remember to say that I appreciate the offer. But it’s 7 something AM in the morning, my brain isn’t 100% on and I don’t drink coffee.

So if you’ve offered me your seat, I just want to say, “Thank you very much. I really do appreciate the offer, but I only have a few stops to go. Thank you.” 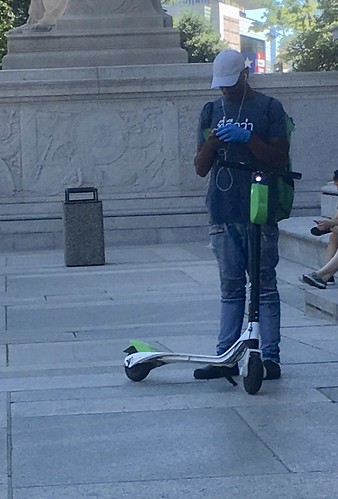 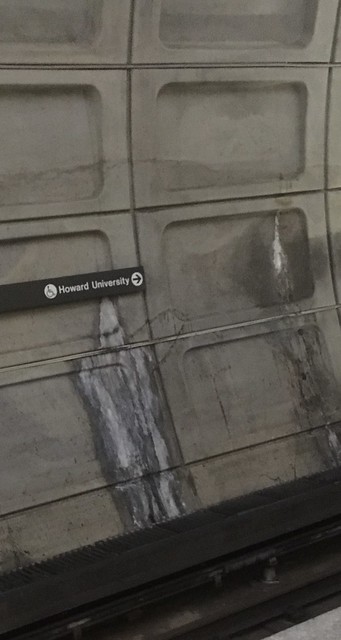 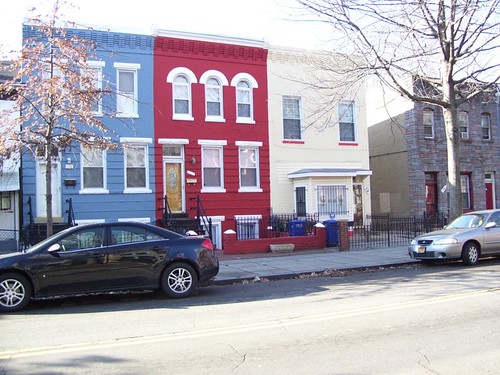 I’m just going to pass along ANC Bradley Thomas’ email, just in case you’re not on his list.

It has come to my attention that many cars have recently been ticketed for parking on the south side of the 100 block of P Street, NW.  I’m told that as many as ten cars were ticketed on Thursday morning for violating the new “No Parking School Days” restriction in the block.

Last Tuesday, I had a conference call with the District Department of Transportation (DDOT), which is the agency that installed the new no-parking signs on Sunday, August 13th.  On the call were administrators from Friendship-Armstrong Public Charter School and a representative from the Mayor’s office.  It came out in that discussion that the No Parking signs should not have been put in place as no one, not the school, not the Mayor’s office, not me speaking on behalf of the community, asked for them and that there was in fact no legitimate reason for them to be erected.  DDOT then agreed to remove the signs based on letters from the school administrators and me.  That removal should take place within two weeks or less.

Since the signs were unnecessarily placed and, as I indicated on the conference call, place an unreasonable burden on residents, I believe we have good cause to have any tickets issued for this violation vacated.  If you received such a ticket, please scan the ticket and e-mail it to me.  I can’t promise anything but I will put all of the tickets together and petition the Board of Traffic Adjudication or Mayor Bowser to waive or vacate them.

If you don’t have the capacity to scan, you can make a copy of the ticket and get that to me.  Let me know if you need to do it that way and we can connect.  Also, I only have e-mail addresses for about 10 percent of the residents in our SMD so if you have neighbors who received tickets for this alleged violation and who might not receive this e-mail message, please have them get their tickets to me too.

Thanks, and remember, we are having a short (one hour) Single Member District meeting next Saturday, 9:30 am, at Dunbar, so please come if you can.